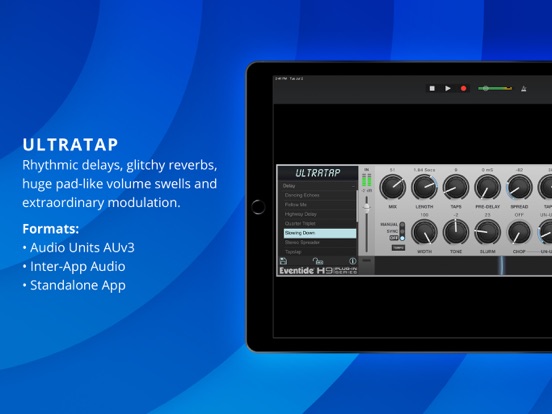 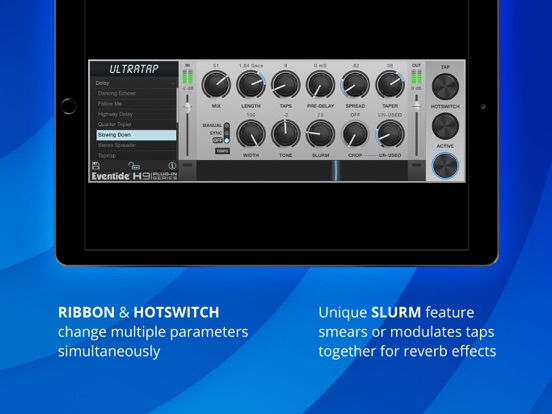 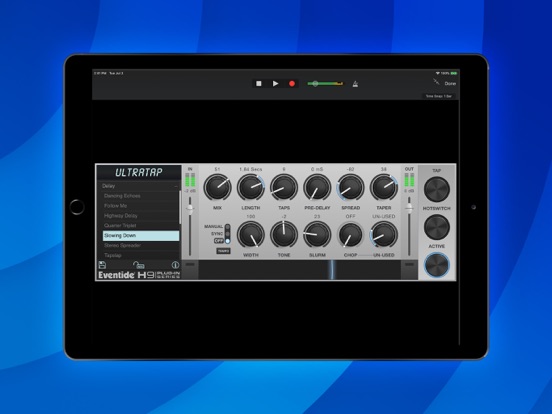 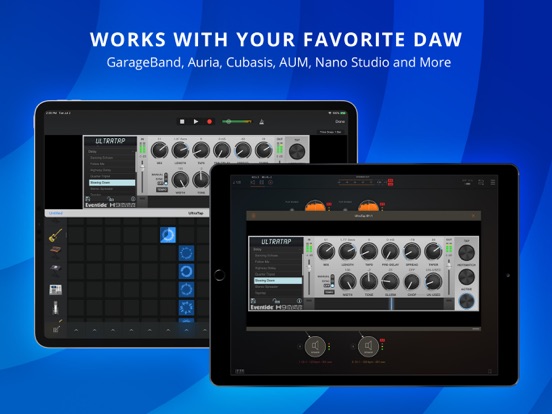 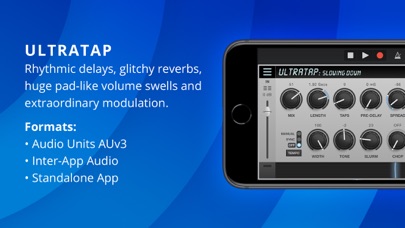 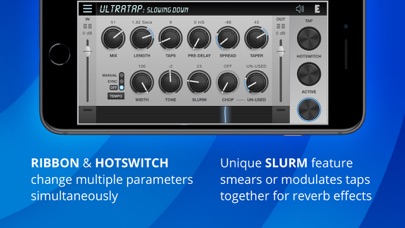 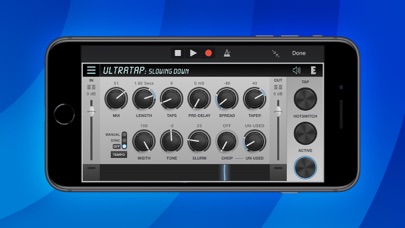 Features:
- Use up to 64 taps to create simple repeats or morph delays into choruses and reverbs.
- Speed up or slow down the rhythmic spacing between taps using the Spread knob.
- Use the onboard LFOs and envelopes to chop the sound source into stuttered rhythms.
- Use the innovative "Slurm" control to smear taps together or modulate them to create truly unique reverbs.
- Control the stereo image of taps to alternate between hard-panned and mono.
- Over 150 presets designed to inspire; including artist presets by Chris Carter, Colin Newman, Sasha and many more.
- Innovative Ribbon and Hotswitch allow for changing any combination of parameters simultaneously.
- Use Mix Lock to scroll through presets while keeping the wet-dry mix constant.
- Available as an Audio Units AUv3 plug-in, Inter-App Audio, and Standalone App.

Fixed an issue where clip meters did not always illuminate when clipping had occurred. Improved preset flyout behavior in the AUv3 plugin. It now remains open when resizing the plugin window. Added a MIDI-specific version of the AUv3, in addition to the non-MIDI compatibility version. Added a MIDI mute function to the MIDI-enabled AUv3. Improved scrolling for the user guide on iOS 12.

TriceraChorus is inspired by the classic tri-choruses and stompbox choruses of the 1970s and early 1980s. It pairs rich BBD style tri-chorusing with another classic effect of the 1980s: Eventide micro-pitch detuning.

Eventide Crystals Harmonizer® combines twin reverse pitch shifters with reverse delays and reverb. This iconic H3000 effect can be used to create out-of-this-world climbing and cascading pitched delays or to create unique sounding reverbs. It features two reverse granular delays that can be manipulated by length and pitch.

CrushStation is an overdrive/distortion effects plug-in with controls that drive your tone anywhere from a creamy saturation to a brutal sonic assault, with everything in between.