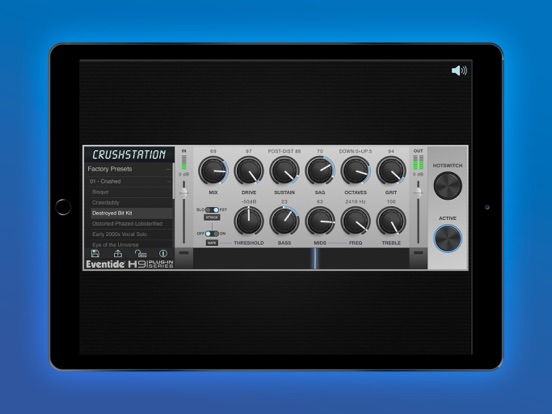 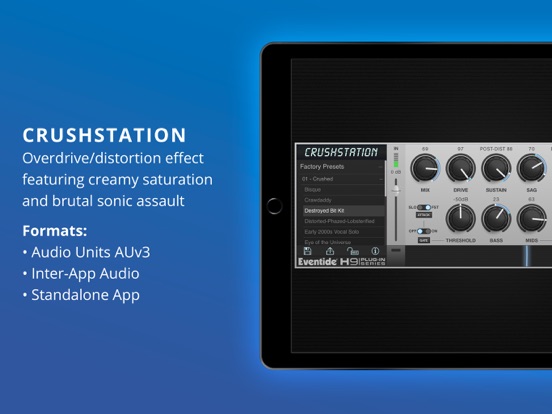 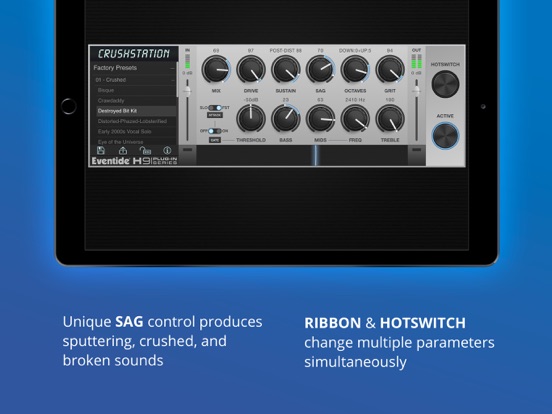 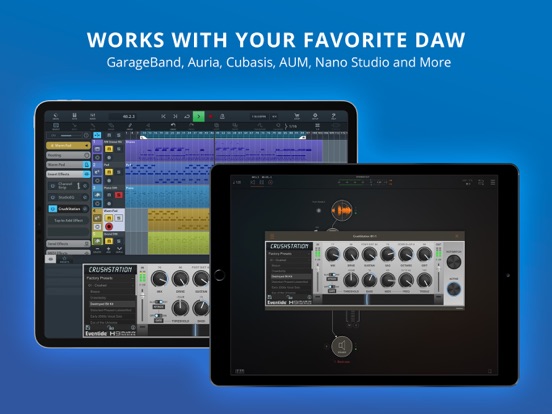 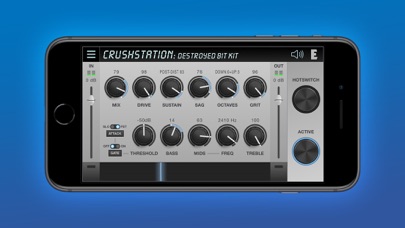 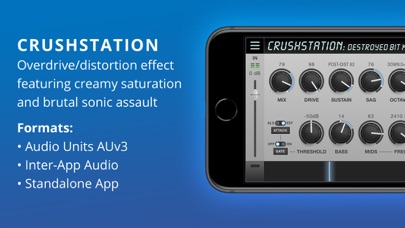 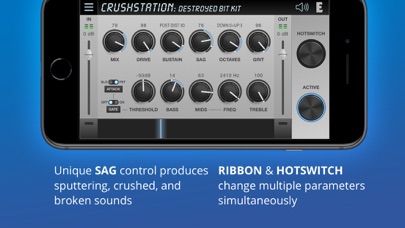 CrushStation is an overdrive/distortion effects plug-in with controls that drive your tone anywhere from a creamy saturation to a brutal sonic assault, with everything in between.

CrushStation is an overdrive/distortion effects plug-in with controls that drive your tone anywhere from a creamy saturation to a brutal sonic assault, with everything in between. Originally from the Eventide H9 Harmonizer pedal, CrushStation has been refined for experimentation on numerous sound sources from your iPhone or iPad. Crush some octaves into the mix, or turn up the Sag to bring the whole sound to its knees. An added bonus, CrushStation is a true stereo distortion.

CrushStation is an extremely versatile plugin, capable of adding spice and flair to a variety of production styles. Perfect for drum dirt, the Grit control adds preamp-style distortion that can help bring out kicks in the mix. Vocals benefit from the subtle distortion along with lower octaves for unique pitch blending effects. Further fine tune your sound using the three-band EQ which can help tame cymbals and vocal sibilance. Sure it rips for guitars and basses, but when you need a little warmth and saturation, add gusto to any synth.

- DRIVE ranges from subtle boost/overdrive to full on distortion with GRIT and SUSTAIN controls to push it into fuzz territory
- Unique SAG control - inspired by the result of power rail sag of dying analog gear - produces sputtering, crushed, and broken sounds
- Mix in lower and higher pitch-shifted OCTAVES, pre-distortion and compression
- GRIT creates low-end, gritty, chugging sounds
- Individual EQ controls to perfectly craft your tone, emphasize harmonics, or punch through the mix
- GATE your signal for taming the output of the distortion OR combine high threshold gating with MIX for parallel gated crunch
- The performance RIBBON provides real time, dynamic and fluid control to morph back and forth between the settings of your choice
- HOTSWITCH allows you to switch between two different distinct settings within the same preset at the push of a button
- Mixlock keeps the MIX constant so you can easily audition presets
- iOS version works as a standalone app, AudioUnit v3 plug-in, or Inter-App Audio effect

TriceraChorus is inspired by the classic tri-choruses and stompbox choruses of the 1970s and early 1980s. It pairs rich BBD style tri-chorusing with another classic effect of the 1980s: Eventide micro-pitch detuning.

Eventide Crystals Harmonizer® combines twin reverse pitch shifters with reverse delays and reverb. This iconic H3000 effect can be used to create out-of-this-world climbing and cascading pitched delays or to create unique sounding reverbs. It features two reverse granular delays that can be manipulated by length and pitch.