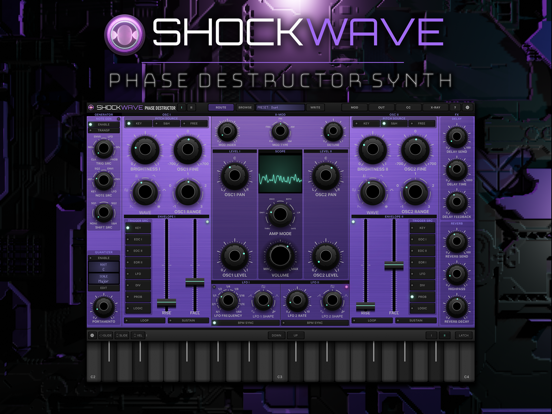 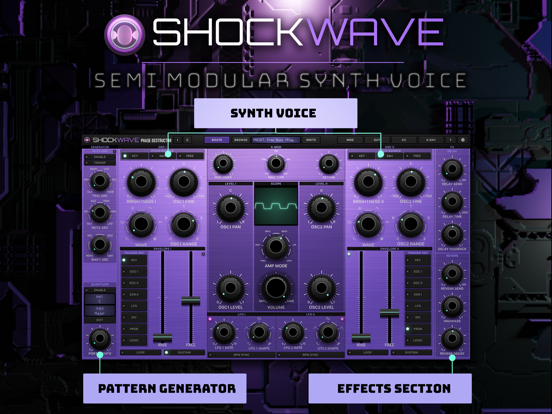 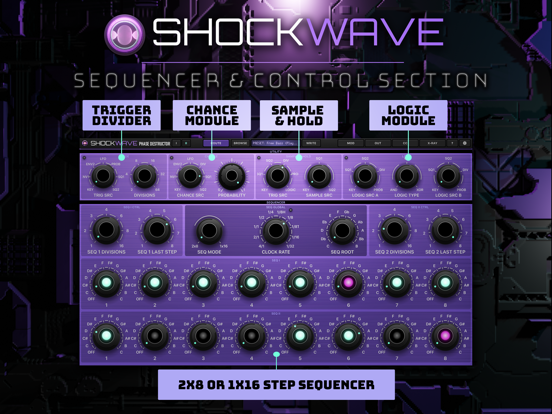 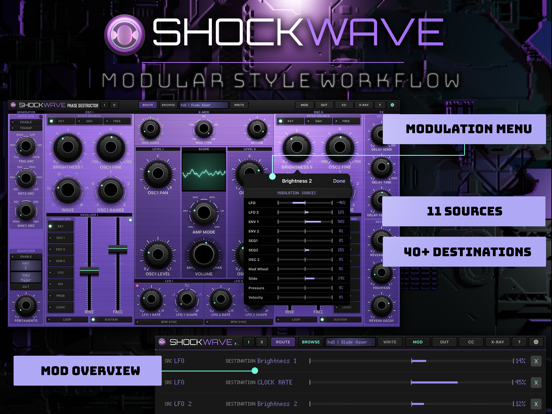 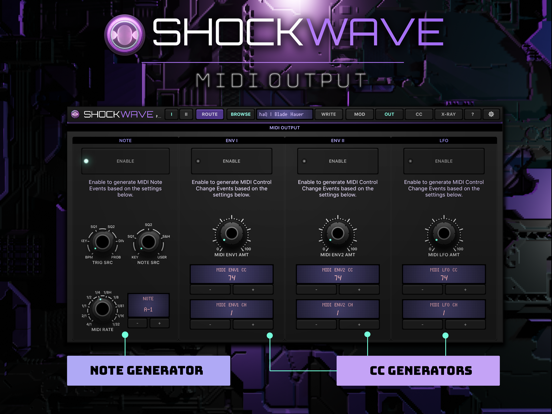 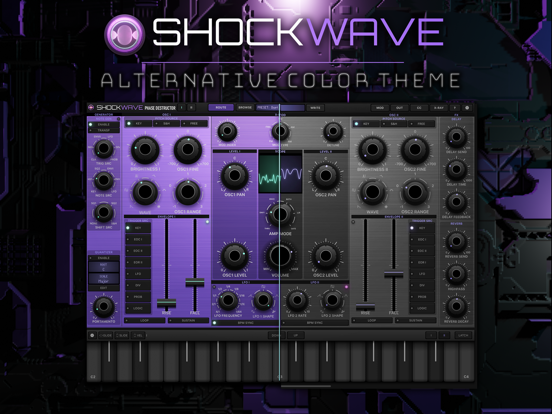 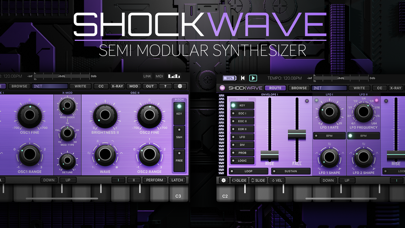 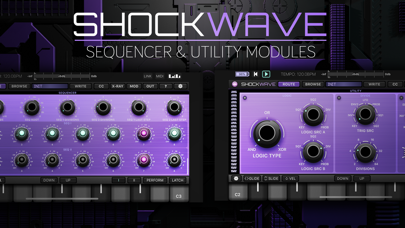 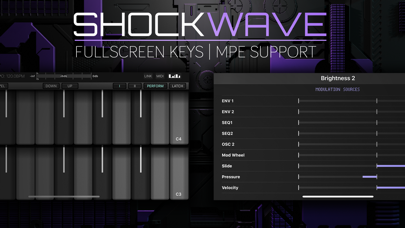 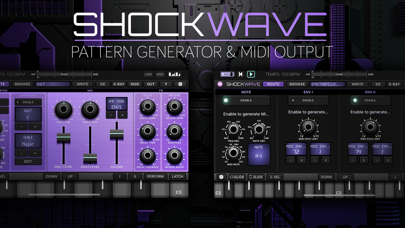 Built around the concept of Phase Distortion (PD) Synthesis, Shockwave includes a pair of PD Oscillators each capable of creating everything from pure Sine Waves over smooth Sawtooth and Square Waves to Resonance & Sync sweeps, filtered Noise and more.

In addition to the Synth Voice, ShockWave includes a dedicated control section housing a pair of 8 step sequencers, a sample & hold module as well modules for trigger divisions, logic comparisons and controlled randomness.

A pair of Low Frequency Oscillators and 2 Attack/Sustain/Release (ASR) Envelopes serve as main modulation sources and can be used in a number of ways. Envelopes can be triggered from a number of internal sources including other modules such as trigger divider, logic or chance module but can also be connected to each other allowing for a wide range of patches usually only possible in large modular systems. LFOs are individually tempo sync-able and capable of producing total of 5 different waveforms each.

The two sequencers can run independently or combine to one 16 step sequence where rate and length can be controlled independently for each of the two.

In true modular nature almost any control within ShockWave can be modulated with up to 11 sources - simultaneously. Modulations are setup simply by holding a control and dialling in the desired amount in a list of all available sources. A special X-Ray mode adds a realtime display of all currently active modulations right at their corresponding control making it easy to understand what's happening inside the synthesizer at any given time.

Synth Voice and Control Section are accompanied by built-in Delay and Reverb sections placed on send busses with all of their controls including the send levels being available as mod destinations.

Last but not least, ShockWave features a solid MIDI implementation including support for, aftertouch, velocity, wheels, custom CC mappings and up to 4 dimensions of expression when using MPE compatible controllers, such as the Roli Seaboard, Linnstrument, Geoshred, KB-1 and others.

FD-1 is a Semi-Modular Effect Plugin including dedicated Filter, Delay and Modulation sections.

SF-1 is a dual Stereo Filter Effect with a special focus on expressiveness.

RM-1 is a multi purpose audio effect designed around various types of modulation.

KB-1 is a an expressive virtual keyboard designed for a multitude of scenarios.

RE-1 is a full featured virtual Tape Machine capable of delivering authentic tape based echo and chorus effects but it doesn't stop there. With it's interactive tape player, sample, loop and overdub features it's possible to use it like a virtual tape recorder, sample player, looper or simply as a master effect.

Designed to deliver authentic dub sounds and effects, iTALIZER at it's heart is a monophonic synthesizer paired with an authentic tape echo emulation.

VC-1 is a vintage voiced chorus effect capable of delivering many classic chorus sounds but it doesn't stop there.