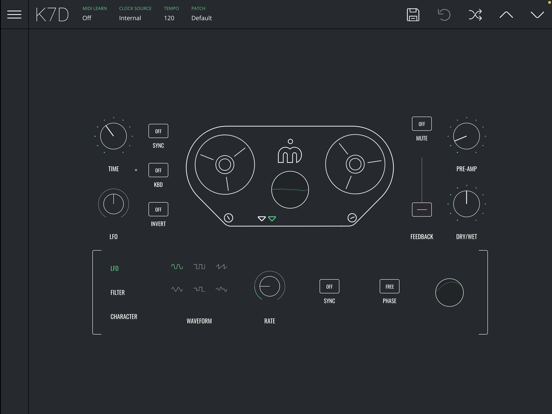 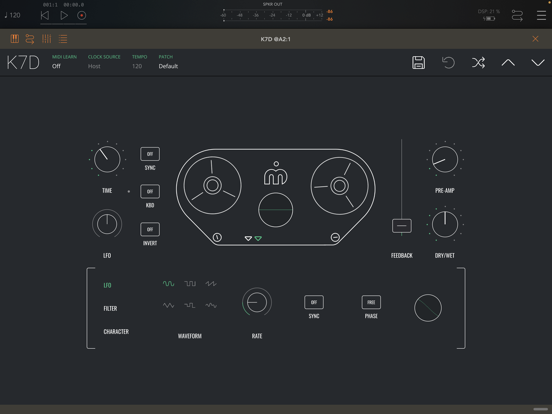 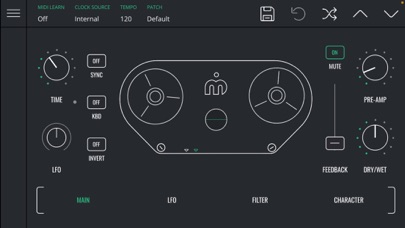 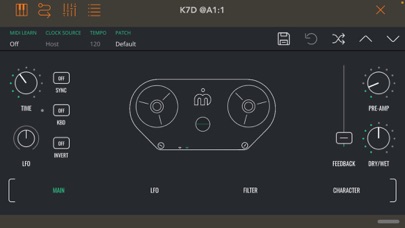 K7D is a vintage tape delay effect plugin for iOS.

K7D is a powerful and affordable, vintage tape delay effect plugin for iOS. K7D recreates the hardware echo machines of the past using Imaginando’s signature style of obsessive analog emulation, but with an enhanced level of control from a sleek, modern interface. Using this approach allows a whole new world of creative possibilities, while still retaining a warm, full-bodied analog sound, bursting with character and personality.

To give K7D it’s distinctive analog flavour, we studied and analysed the tiny details of what makes classic hardware delays great, and painstakingly recreated every subtle nuance for a fantastically authentic sound.

Available as a standalone app and audio unit plugin, you can use it digital audio stations for iOS such as Garage Band, AUM, Cubasis, Auria, Audiobus, etc.

VS provides a creative way to generate beautiful graphical representations of your music projects. Driven by both audio and MIDI data, VS is the visual equivalent of a traditional synthesizer.

Now available as an Audio Unit extension (AUv3) allowing it to act as a powerful MIDI sequencer and clip launcher.

DRC is a virtual analog polyphonic synthesizer that recreates the characteristic sound of an analog synthesizer.