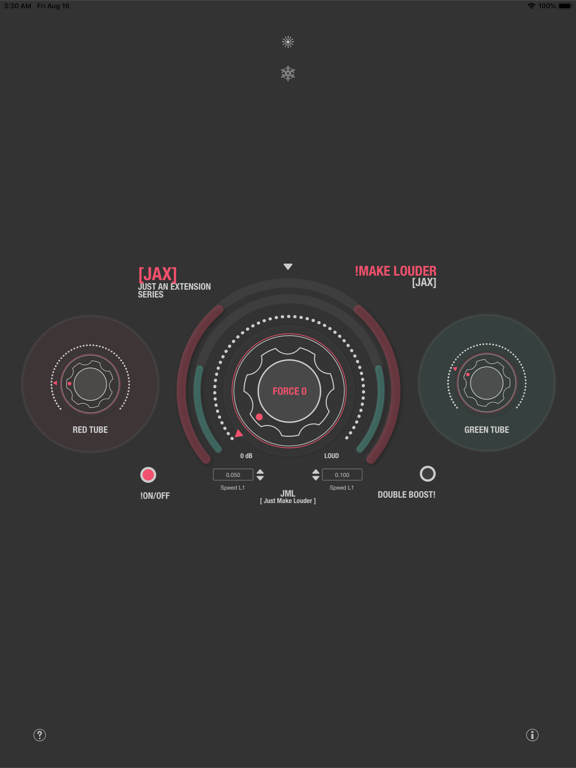 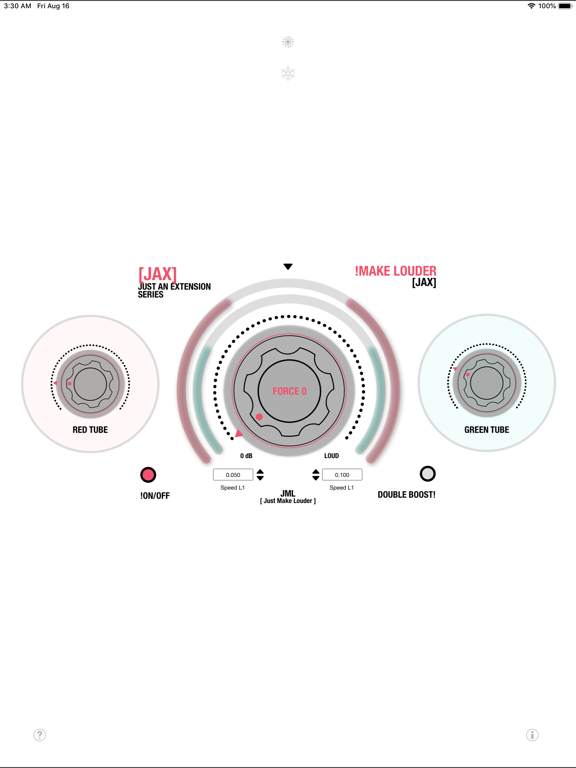 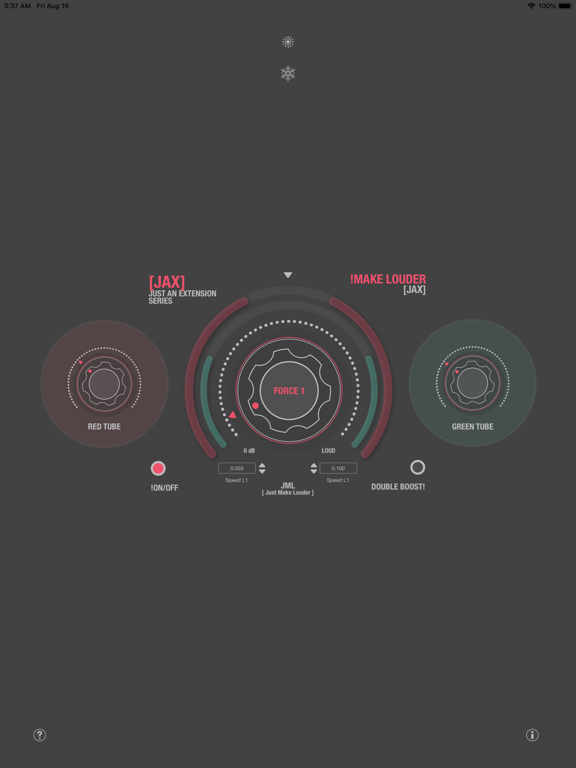 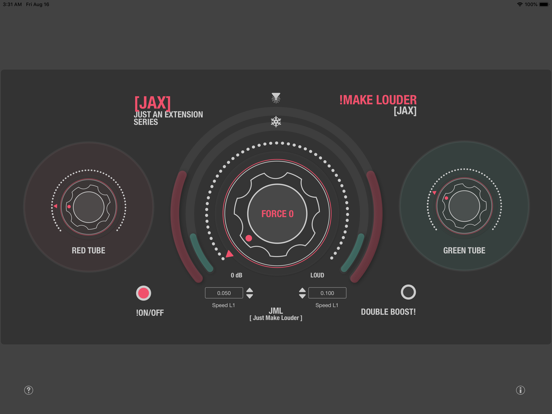 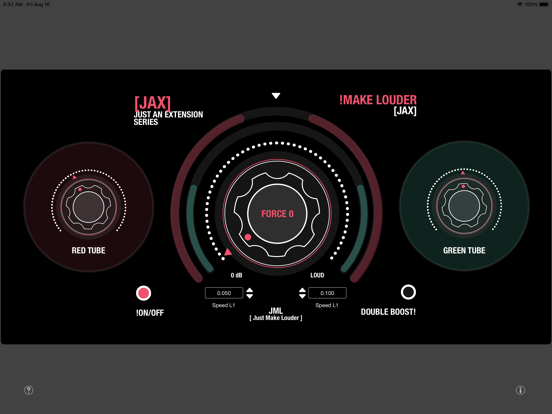 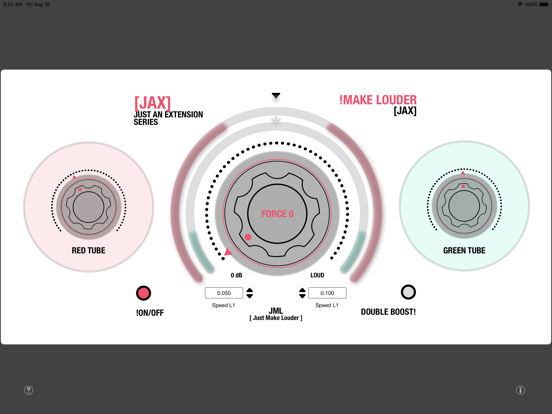 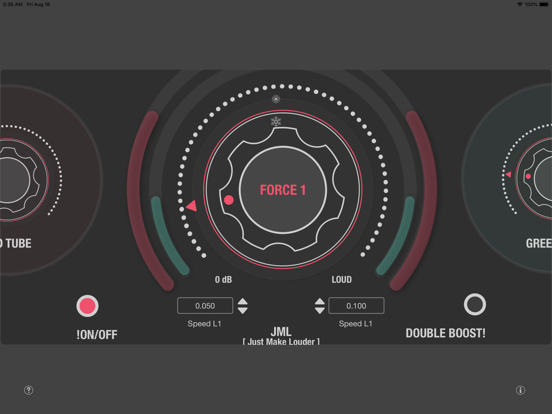 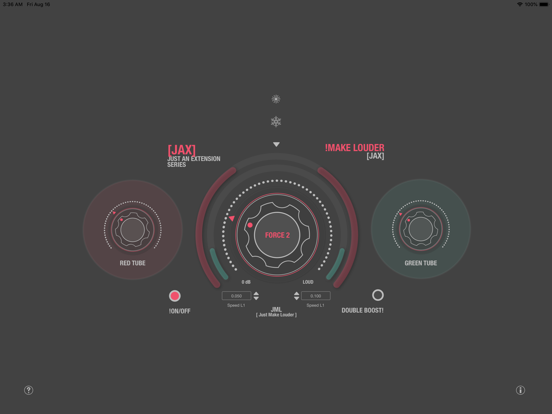 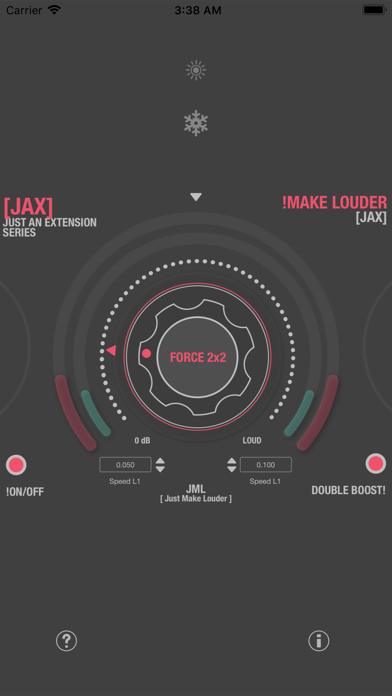 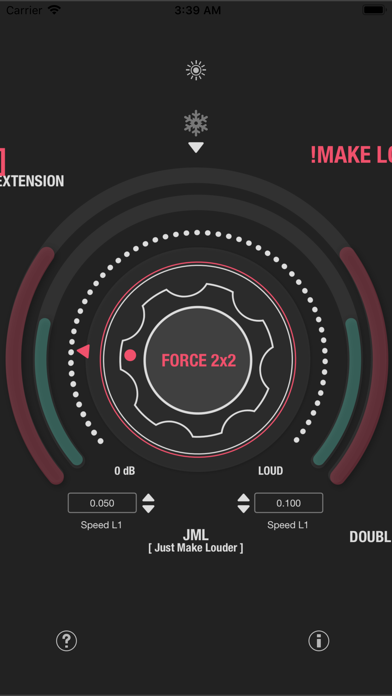 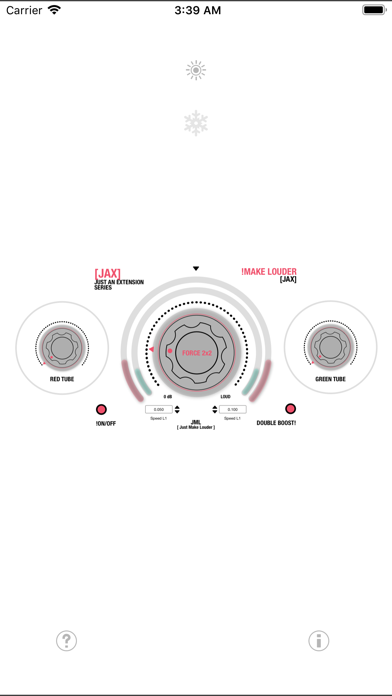 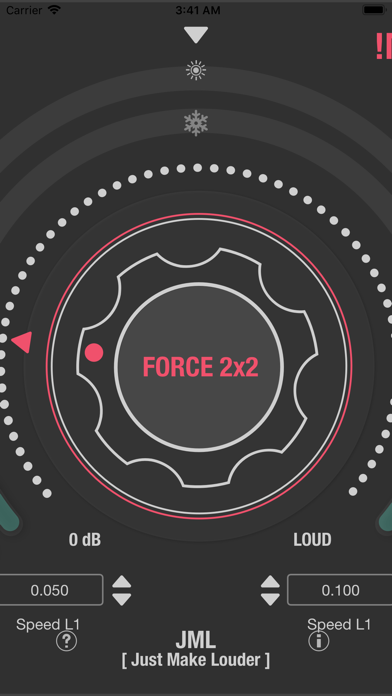 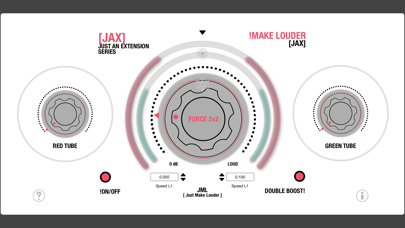 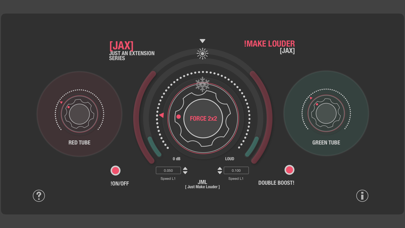 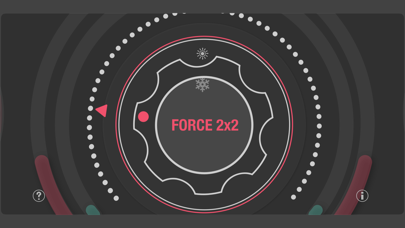 JAX Make Louder is an Audio Unit processor from our [ Just An Extension ] series with only one goal: make your sounds gained and saturated in loudness and ensure valid levels.

Everyone knows the common problem: Sometimes audio just cannot be loud enough, sometimes it distorts on the output badly.

So we have developed an effect, that will control this.

There is a complete manual inside the app package and on our product website.

2.0 (first major update) A. initialization issue fixed there was an initialization issue with GarageBand, not showing the correct initial values. GarageBand obviously is a host app, that automatically assigns the first preset of the included preset list on initialization. however this was not intended to be used that way. so we fixed it by initializing all presets to default values. B. dummy parameter removed there was a testing parameter "Parameter1" left, which is removed now, as it does nothing. C. pumping reduced there was an audible pumping with high gain levels audible. we adjusted the internal limiter model to get shorter release times. please note, that very short speed parameters may introduce audible transient clipping. D. limiter speed parameters simplicity sometimes is not good enough for advanced users. so we exposed new parameters to adjust the limiters speed. the amount ranges from 0.01 to 1.0 seconds, default value is short (0.2 seconds). there are 2 values available, because there are 2 independent limiters active when using 'double boost' switch. these 2 limiters can have completely independent speed parameters, which produces a variety of adjustments. the limiter speed can be seen as a kind of 'release time'. shorter values reduce pumping but tend to produce transient distortions. you must find a good balance depending on the input audio source material used. Larger values provide a sort of AGC (automatic gain control) functionality. E. major UI & parameter update the user interface was resized and extended to get 2 new main processors with corresponding controls. there are 2 brand new tube amplifier models integrated now, which can boost loudness effectively, but this time, with 'colorizing' the sound. the "red tube" is an aggressive tube amplifier model with strong tendency to soft overdrive and soft distortion. the green tube amplifier is a more decent tube model with a much softer saturation effect, it is quite comparable with a tape saturation type effect. we recommend to use these tube amplifiers with some care, as these do add strong harmonics to the sound. probably this is exactly what you are looking for with some audio material. the tubes output is always fix-connected to the brick-wall limiters. switching the limiters off will result in passing the original signal thru. advice: we highly recommend to use automation with all of our plugins, as static parameters usually never work perfectly for all parts of an audio stream. F. ui freeze option added the user interface can be frozen now (pinch2zoom&move), to not accidentally move it around while tweaking the controls. the freeze button is integrated into the controls overlay, which can be hidden/shown by a long press gesture. G. contrast adjustments we improved the contrast adjustment of the user interface. the main color will be inverted in relation to the background to provide even extreme contrast with much better readability.

Convolution is a highly complex signal processing approach, that needs some certain computation power. The recorded impulse response of a real world environment is used to render a reverberation effect onto any audio material, so that it sounds like the source was played in that original room or at that location.

JAX Unisonic is a special Audio Unit, able to produce up to 8 additional voices from any audio input.

JAX Decimator continues our [ Just An Extension ] series of specialised audio effect processors and delivers a distortion effect alike audio unit (AUv3), which is expert in degrading digital audio, controllable in realtime (also via direct MIDI controllers). It is registered as a MIDI controlled audio effect. Parameter automation is possible too.