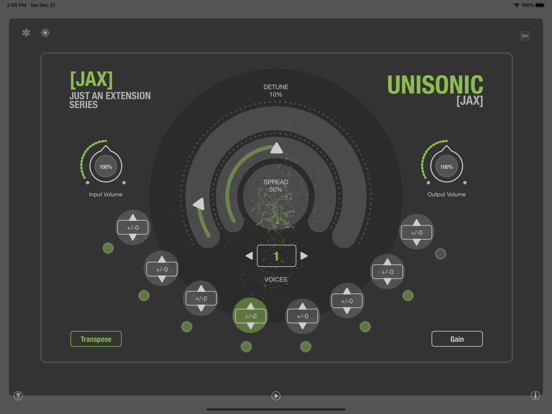 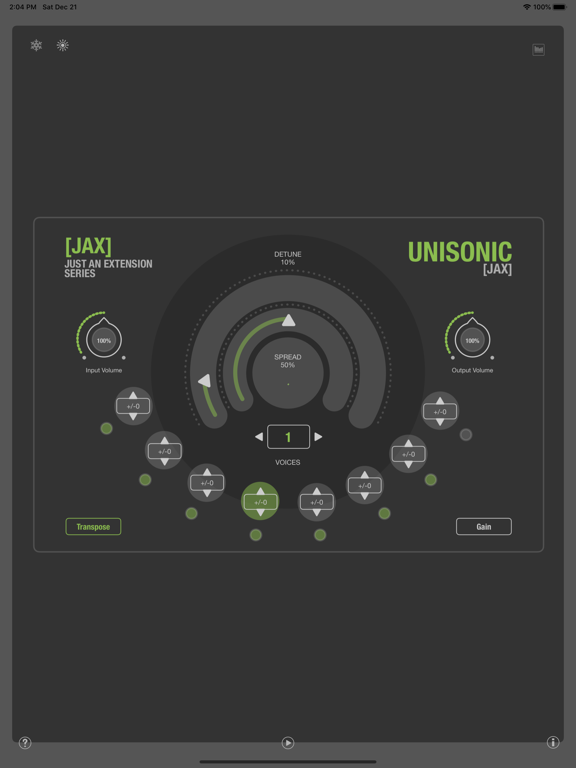 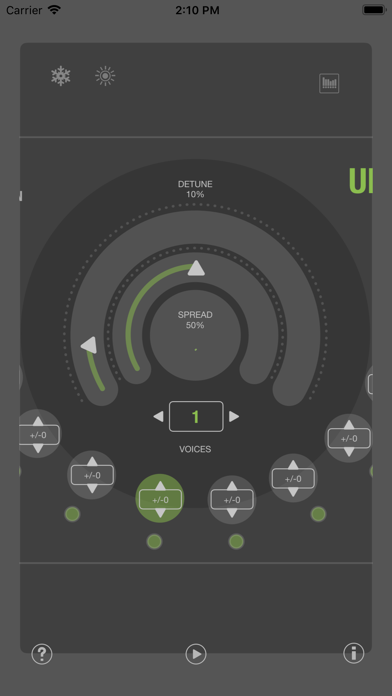 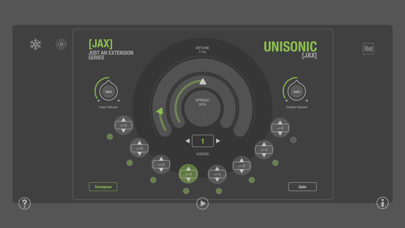 JAX Unisonic is a special Audio Unit, able to produce up to 8 additional voices from any audio input.

JAX Unisonic is a special Audio Unit, able to produce up to 8 additional voices from any audio input (also polyphonic audio) by multiplying and shifting it in pitch and other parameters. Audio Units require a host application for operation.

The concept of JAX Unisonic is loosely derived from ‘Unison’ which was adopted from the ancient analog synthesizer world, where manufacturers and sound designers intended to fatten the sound by multiplying and stacking available voices together. Also digital synthesizers did adopt this technique to fatten sound sources.
Due to the instability of analog oscillators and components and some wilful detuning, an interesting sonic effect is achieved, giving the produced tones significantly more presence and life. Unison voices are still excessively used in modern music styles today. (In classical music compositions ‘unisono’ basically means a performance, where multiple instruments or voices play the same parts in an ensemble fashion.)

Now JAX Unisonic can simulate this sonic effect with any audio source by incorporating a bank of independent time domain pitch shifters, that are optimized to detune and spread artificially multiplied voices in panorama. It can be understood as a kind of super chorus generator or an ensemble like effect with variable, realtime controlled intensity and pitch relation. But it is clearly something more.

With JAX Unisonic you can create up to 8 additional voices, that will be passed thru a chain of pitching and positioning, creating massively fattened sounds with any kind of voice input. Additionally you may transpose each voice individually per semitone to max. +/- 1 octave, something that cannot be achieved with usual choruses, unison or ensemble effects and moves the results slightly in the direction of the category “harmonizer” effects. Although the harmonic results can be programmed (automated) freely and are not auto generated in any way, as on some available other harmonizers.

The used pitch shifters in our JAX Unisonic are NOT based on the phase vocoder paradigm (FFT) and do not introduce the static latencies, which are unavoidable by the latter. A time domain pitch shifter in contradiction, uses very small delay buffers, where the latency is dynamically adjusted (dependent on the used pitch shifting amount) and much smaller and nearly latency-free. Such pitch shifters are better situated for live usage therefore. Although, such pitch shifters sound slightly more raw and tend to produce disharmonic overtones with more extreme values.

JAX Unisonic may be used as a massive unison effect generator or more decently for creating various, more subtile effects for improving sonic qualities of parts in a composition. For instance controlled voice detuning, manual pitch correction, doubling of vocals or solo instruments or just to give some boring voices more interest and static sound some special movement. It is even usable with drums, adding subtile or even massive new frequency components.

User Request Update V. 1.8 Many thanks to Paul Levis, actively supporting us with the bug report! - There was a nasty logical coding error, which prevented JAX Unisonic to behave correctly, that is fixed now. The parameter state was wrongly reset while operation with certain actions. Rendering down or freezing resulted in dry sound. - The sample rate was changed to 48000 Hz by default now. Because all latest Apples devices are fixed to this system sample rate.

This free edition of the JAX Convolutor uses over 120 included IR Files for reverberation. All functionality is enabled (except loading own files). The upcoming JAX Convolutor PRO will allow to import / load unlimited individual IR files.

JAX Decimator continues our [ Just An Extension ] series of specialised audio effect processors and delivers a distortion effect alike audio unit (AUv3), which is expert in degrading digital audio, controllable in realtime (also via direct MIDI controllers). It is registered as a MIDI controlled audio effect. Parameter automation is possible too.

The MODEL ONE is a selected, fine-tuned general purpose (transistor ladder model) filter with the ability of strong self oscillation. The cutoff slope is approximately 24dB. It can be switched to low pass or high pass processing mode.