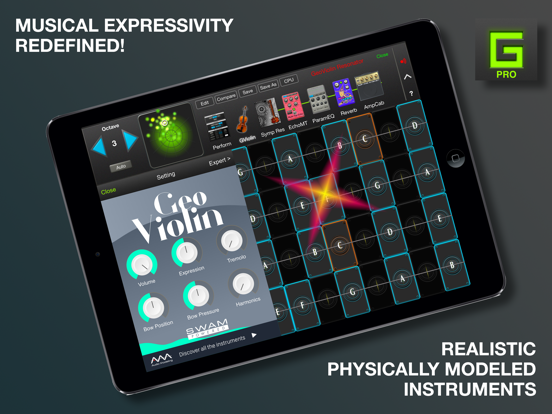 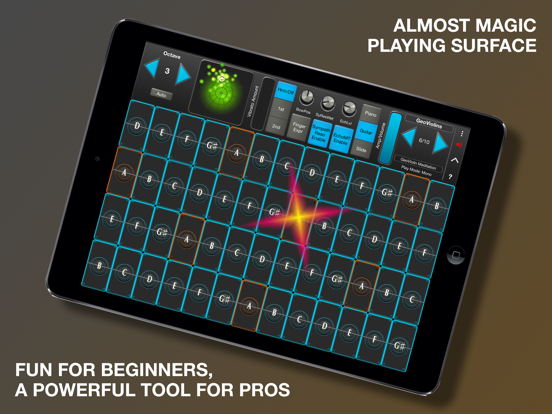 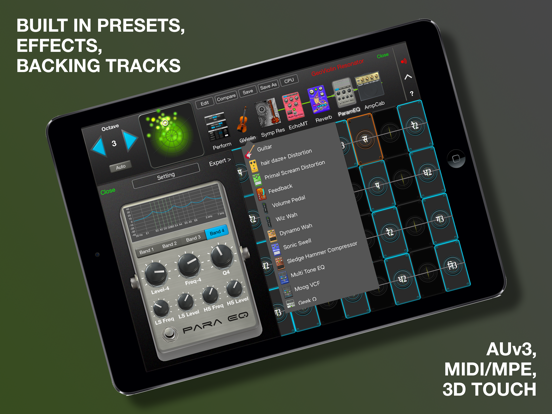 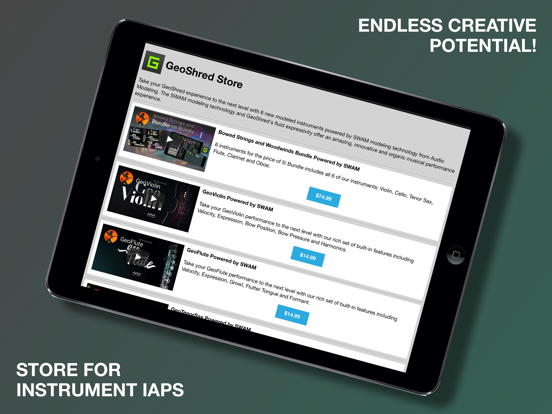 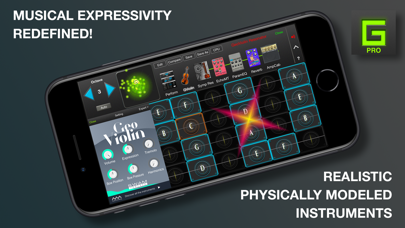 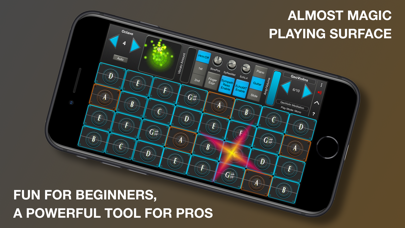 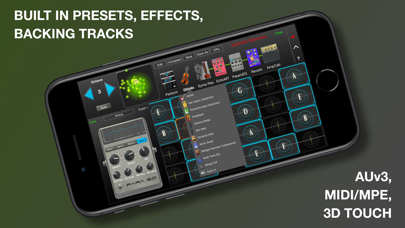 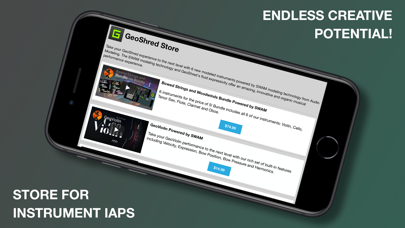 GeoShred Pro Version 5, is an exciting update, now with In-App-Purchases for GeoSWAM instruments on devices running iOS 11.4 or greater.

An instrument where a performer can fluidly express multiple independent voices.  An instrument that is both pitch fluid, and helps the performer precisely reach desired musical pitches in any temperament.

GeoShred is an award-winning,  fluidly expressive musical instrument that runs on multi-touch devices.

It has a performance surface with “almost magic” pitch rounding algorithms which is coupled with a model of the physics of several types of musical instruments, support for AUv3, MIDI In/Out, MPE, and 3D Touch.  It’s a fusion of Jordan Rudess’ performance concepts and a powerful, modeled guitar/effects based on the Physical Modeling research of Dr. Julius O. Smith III of Stanford/CCRMA.  And, GeoShred's expressive control can be used with other synthesizers.

Tens of thousands of artists in 48 countries perform GeoShred with 30% of those users in India.

GeoShred is the Gold Medal Winner of the 2019 Denny Award, winner of a 2019 Guthman New Musical Instrument Award, and winner of the 2017 Electronic Musician Editor's Choice Award as "one of the most innovative, groundbreaking products to emerge in the past twelve months".

Praise for the GeoShred family of apps:

“A fantastic new invention which is going to revolutionize the way music is played, expressed and learned! “GeoShred” is one of the foremost best musical inventions I’ve had the pleasure to experience in recent years. Definitely 5 stars out of 5! GIGANTASTIVISSIMO…..R…A…Z !!!!!” – Patrick Moraz

“GeoShred is a breakthrough [musical instrument] for the iPad. Some might think it’s the best evidence yet that there has indeed been reverse engineering of alien technology, but if that’s the case, then aliens play guitar…and worship Jimi Hendrix.” – Craig Anderton Harmony Central

We are dedicated to offering the highest level of musical instrument experience for our customers worldwide.  It would mean a lot to us if you could leave your positive review on the App Store and If you have any questions about GeoShred we would love to hear from you at our support email address: support@moforte.com

Minimum Requirements:  iOS 11.4 or better is required for AUv3, iCloud and GeoSWAM instruments.
***Note: The GeoSWAM instruments can ONLY be performed from the GeoShred keyboard or MPE controllers.
***Note: Unfortunately, due to App Store limitations, previously purchased instrument IAPs can not be applied to a purchase of the collection IAP.

- New "MIDI Out iOS SWAM" MIDI preset for the new iOS SWAM instruments. - Fix for NoteOff sound for the GeoSWAM instruments - Fix for persistence of background audio setting across installs - Setting to disable displaying the IAA shuttle control when using GeoShred in a non-DAW context.