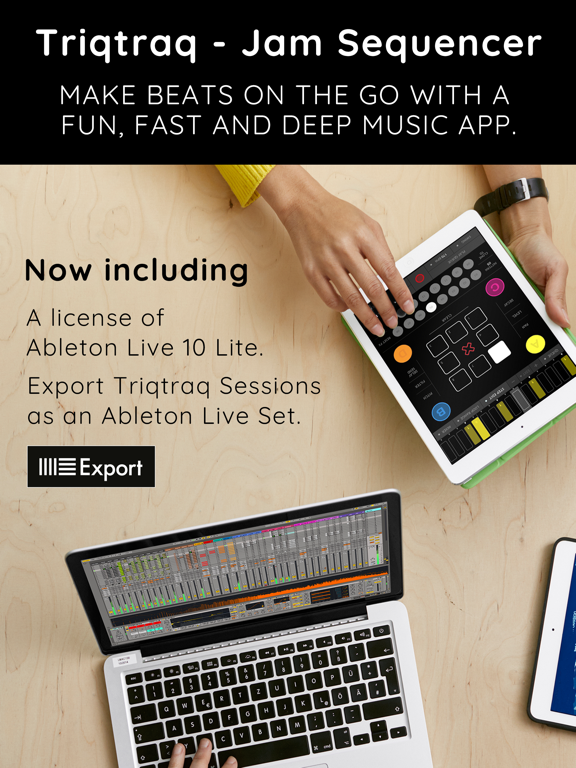 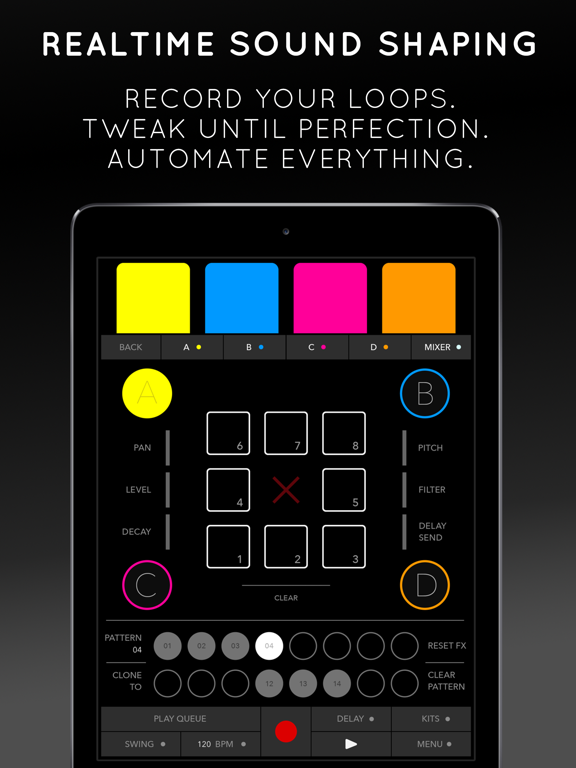 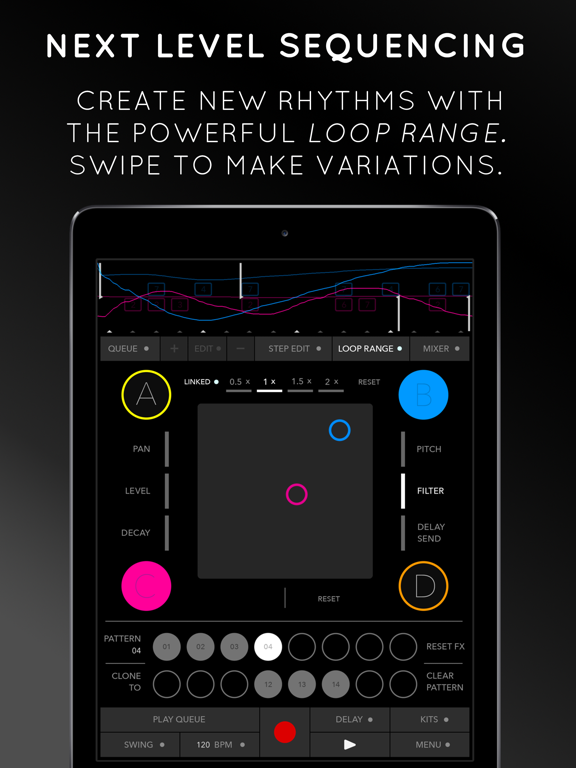 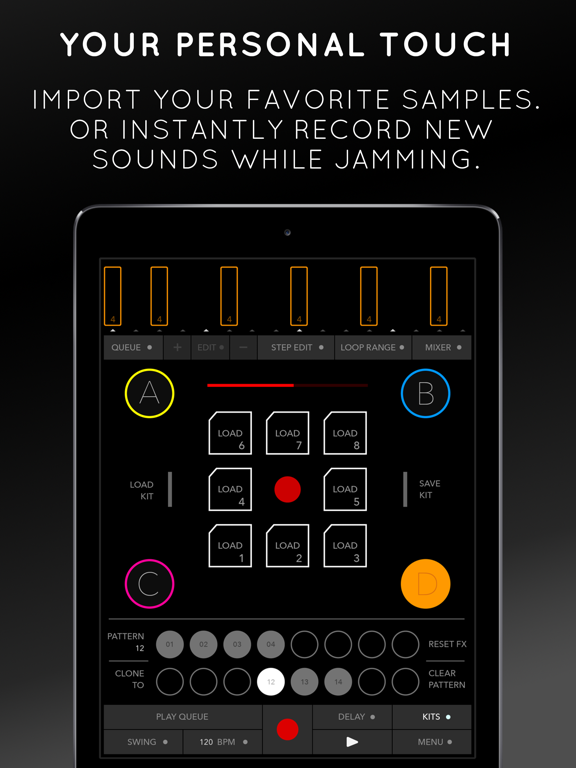 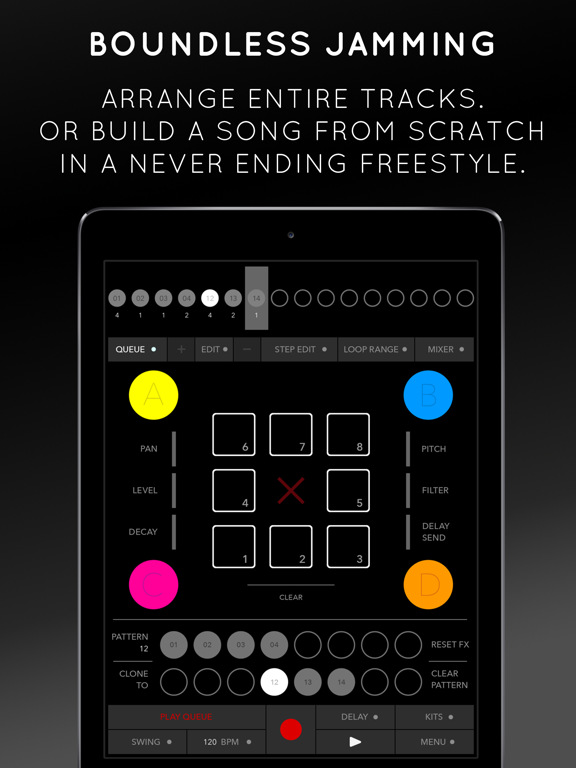 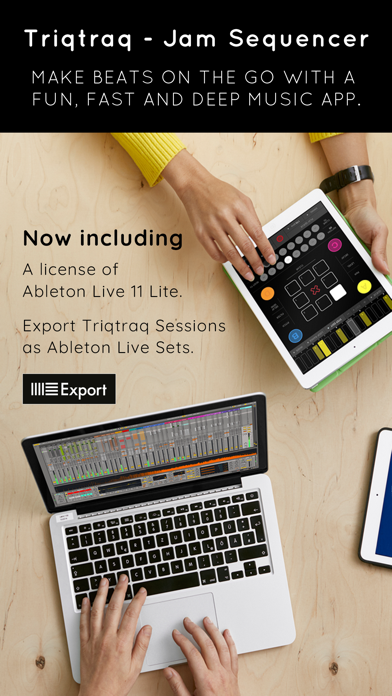 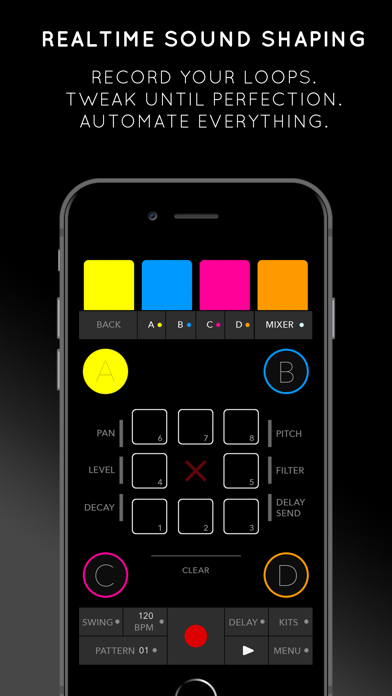 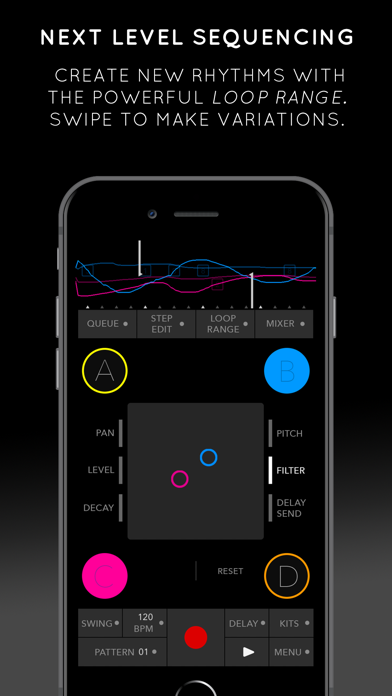 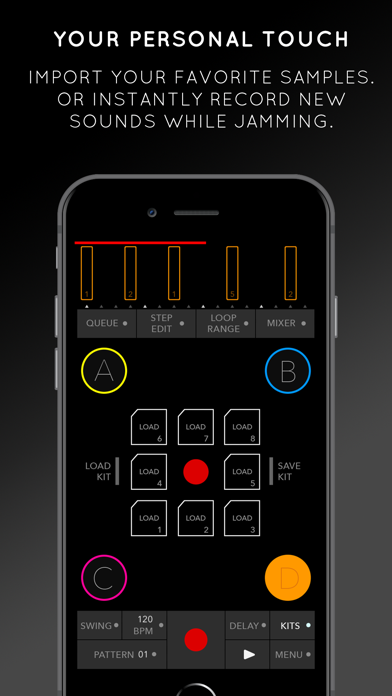 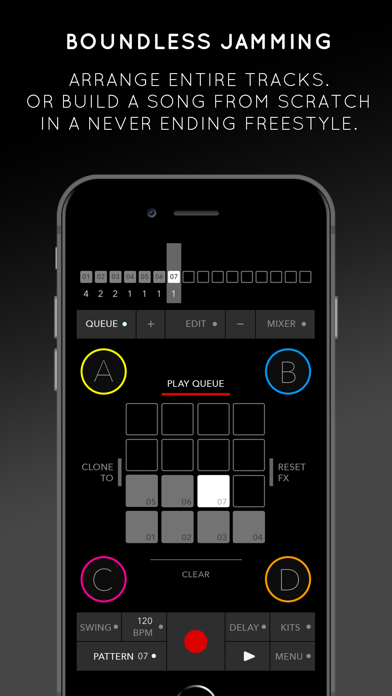 Compose original beats in the smooth one-window interface, record sound tweaks in realtime and sample your own sounds for direct use.

Create music on the go with Triqtraq. Compose original beats in the smooth one-window interface, record sound tweaks in realtime and sample your own sounds for direct use. Use the advanced automation and rhythmic features to create musical patterns that never sound the same.

“There are expensive hardware synths/sequencers not capable of that!"
- Sound On Sound magazine

“Brilliant lay-out... Absolutely recommended."
“You can get a punchy track out of it in a few minutes.”
- WIRED Germany

“The deal of the century. One of the deepest sequencers…”
- Ask Audio

“Something rather special”
“The polyrhythmic loop manipulation is awesome.”
- Computer Music magazine (9/10 stars)

“Easily one of the best” “Quality app that could be used in a live situation without breaking a sweat.”
- Synth Universe

• Compose and tweak beats fluently in an all-in-one window interface, without ever hitting stop.

• It’s all about touch: build up, vary, mangle and break your patterns with a swipe of your finger.

• Compose up to 16 patterns, and arrange them in the 16 step queue to build entire songs.


TWEAK YOUR OWN SOUND

• Have endless fun with the real-time sound manipulation by recording various effect and parameter sliders (Automation).

• Add that personal touch and record your own sounds while jamming, with the super fast microphone recording feature.

• Get creative with a large library of over 400 included samples in 4 categories: Drums, Bass, Percussion and Keys.

• Take your custom sample library on the road by importing or pasting sounds from other apps.

• Surprise yourself and make endless variations of one loop: give each of the four channels a different length.

• Every recorded parameter automation can have its own length too, resulting in ever evolving rhythms or melodies.

• Create your own original grooves by changing the swing amount and BPM per step.

• Play together with Ableton Link and sync multiple apps and devices over WiFi.

• Get your recorded tunes out there and export your tracks to Soundcloud or Mail.

• Move ideas to other apps and store audio recordings on Dropbox (via Open in…).

• Get an even bigger sonic palette by using it along other apps with Audiobus and Inter-app-audio.

Sounds:
- Library with more than 400 one-shot samples included
- Import your own sounds
- Sample swapping during playback
- Sample recording with the internal microphone, also during playback


Check out www.triqtraq.com for demo video’s and tutorials!