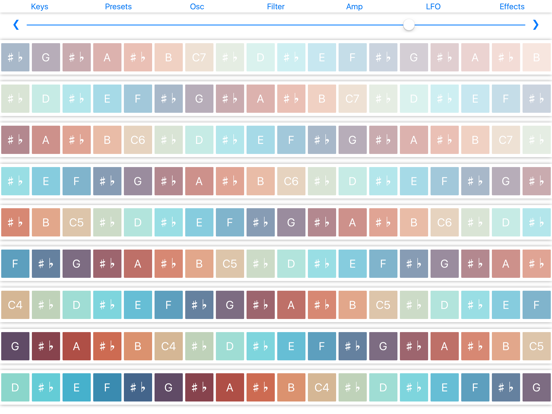 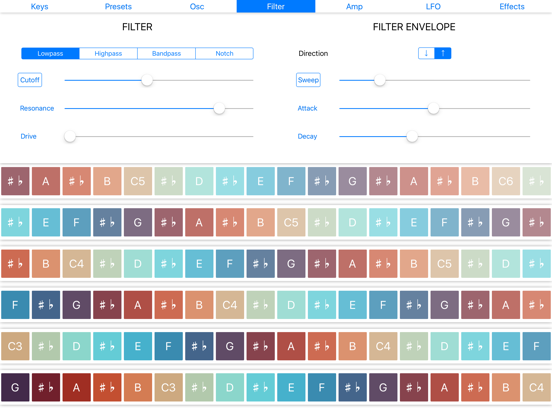 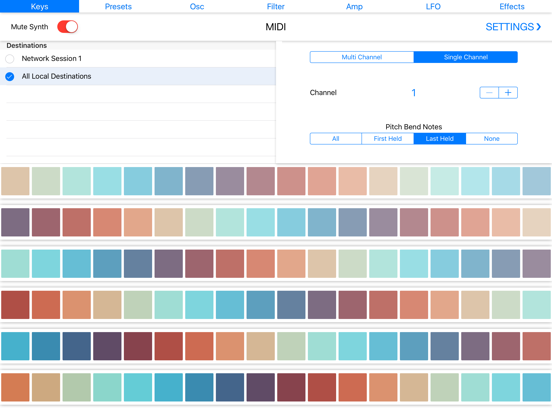 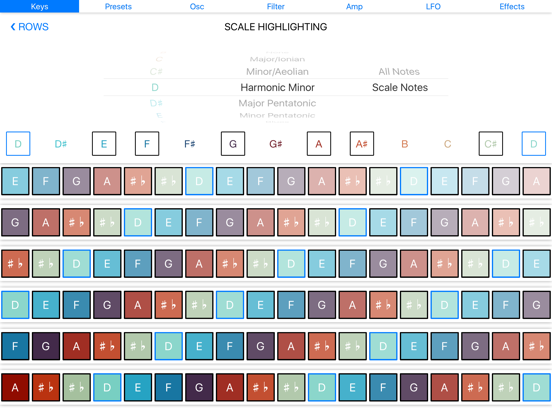 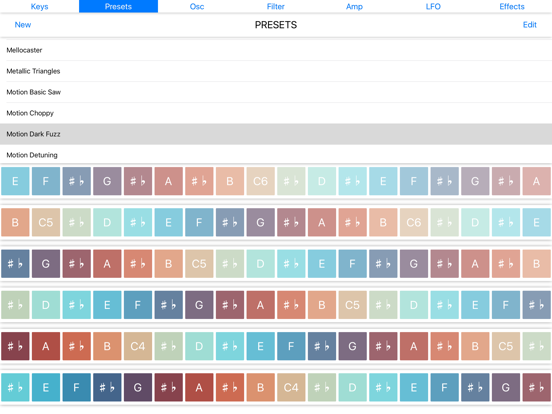 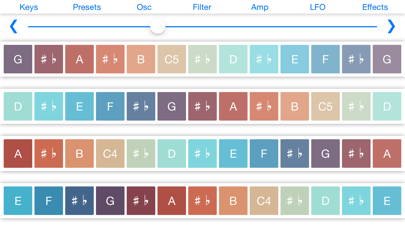 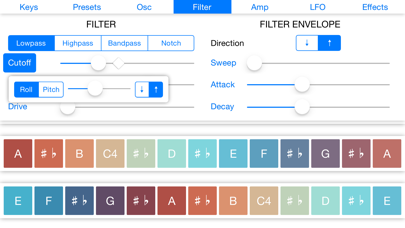 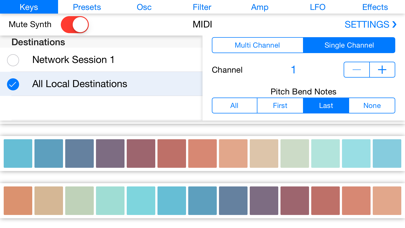 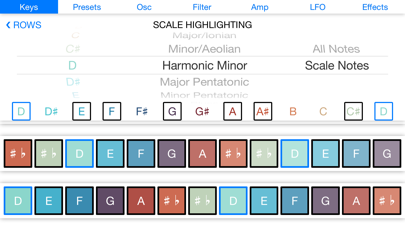 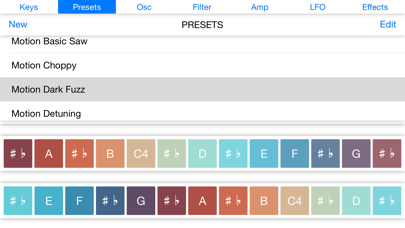 Synthecaster fuses elements from guitars and keyboards into a full range polyphonic instrument that is intuitive, accommodates a wide variety of playing styles, and generates an even wider variety of sounds.

Synthecaster fuses elements from guitars and keyboards into a full range polyphonic instrument that is intuitive, accommodates a wide variety of playing styles, and generates an even wider variety of sounds. The instrument allows for technical playing styles such as shredding and complex chord formation and can be used as a MIDI controller. Now with Motion Modulation, Synthecaster is more expressive than ever.

- Keys are arranged in string-like rows (tuned in perfect fourths by default)
- Sliding across keys in a row results in legato sliding or portamento gliding from note to note
- Sliding a key up or down will bend its pitch in the same direction
- Several notes can be played on the same row simultaneously
- Simultaneously play up to 10 notes on iPad Pro, 7 notes on iPad, or 5 notes on iPhone
- The entire keyboard spans over 6 octaves (not including the range added by oscillator tuning)
- Tune each row individually
- Highlight or show only the notes from any scale

How Motion Modulation works:
- Any slider-based synth parameter with blue or green text can be tapped to view its motion settings
- The parameter can be modulated by the device's roll (tilting vertically clockwise or counterclockwise) or pitch (tilting upward or downward)
- The position of the parameter's slider is the base setting for the parameter
- Tilting the device modulates the value either from its base setting to its minimum or maximum setting depending on the tilt, the modulation amount, and the modulation direction.

Synthecaster is Core MIDI compatible as a MIDI controller. In Multi Channel mode, MIDI messages are output in OMNI mode, where each MIDI channel represents a synth voice (channels 1-7 on the iPad, 1-5 on the iPhone). To best replicate Synthecaster’s polyphonic expressiveness, try setting a separate instrument voice for each channel.
The following MIDI messages are supported:
- Note on/off events,  by touching and releasing keys
- Pitch wheel change, by sliding a key up or down
- Polyphonic legato ties by sliding across keys. Compatible with a variety of apps including Animoog and ThumbJam.
- Legato pedal on/off for legato ties, by sliding across keys

For best results, play through speakers or headphones.

Note: Not recommended for iPhone 4 due to performance issues.

This app has been updated by Apple to display the Apple Watch app icon. - iPhone X support - Updated Audiobus SDK to 3.0.3