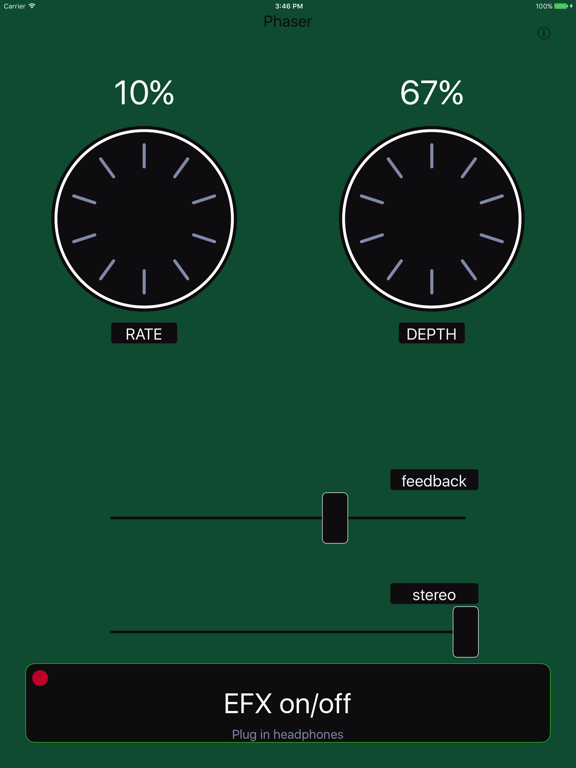 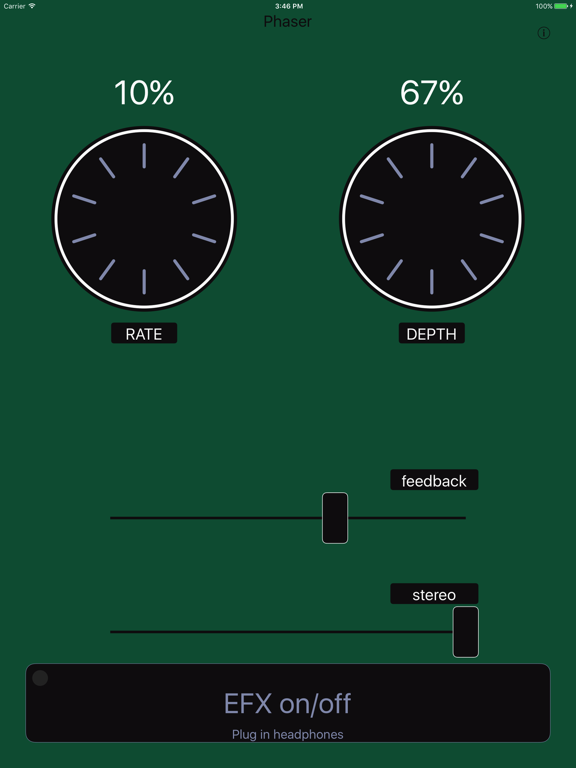 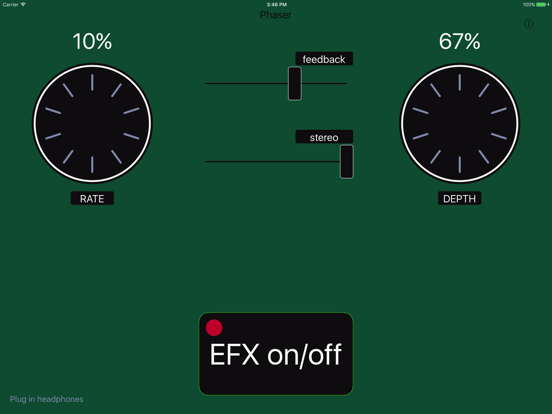 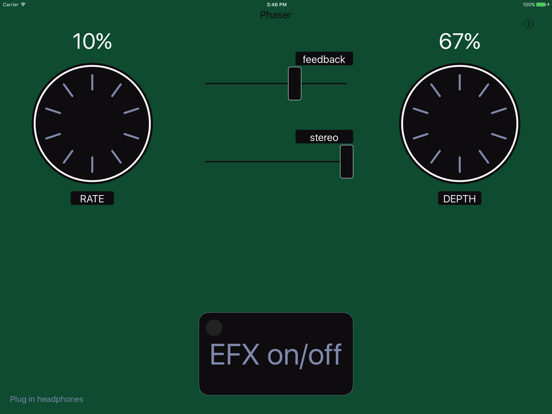 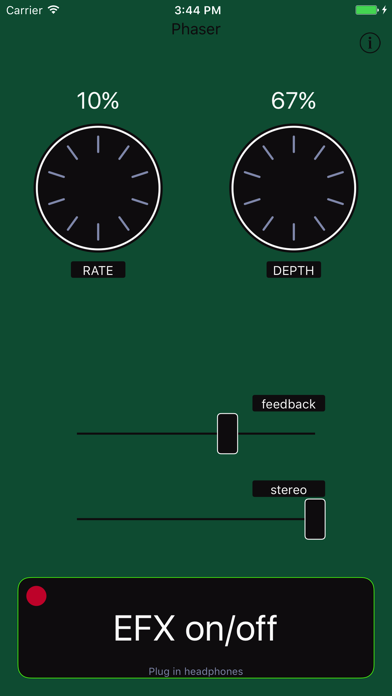 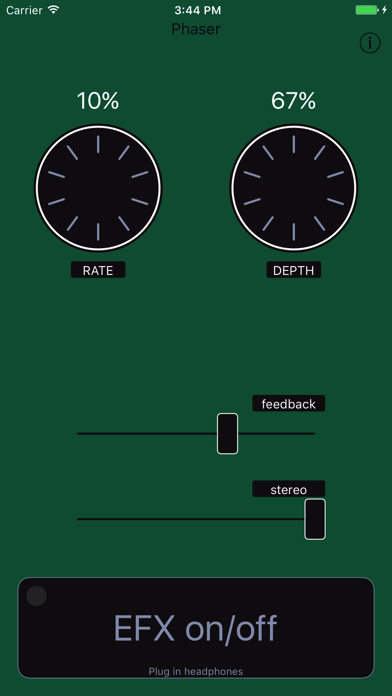 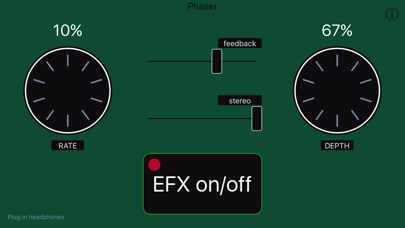 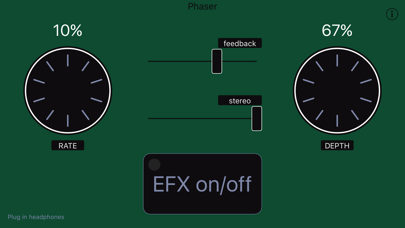 Stereo Phaser is a phaser effect that can run in stereo mode.

That is nice phaser effect that can run in stereo mode. The app is Audio Unit AUv3.
In stereo mode the signal is split and run through 2 phaser effects with different frequency settings but same rate, depth and feedback that are shifted in stereo space with the same rate(same as the phasers’)

The app is an Audio Unit Effect AUV3 and can be used inside GarageBand or other AU host apps as an effect plug-in. Stereo Phaser can also run as a stand alone app adding effect to the audio input so you can play your guitar, bass or synth directly through the app if you have the connector to do so.

This one is quite experimental and CPU heavy app!

This is a natural sounding reverb audio effect.

This app is realtime voice changer that can work without headphones. When you speak, it will speak together with you making your voice to sound like alien robot.

Echo effect Audio Unit V3 inspired by the mayan pyramids acoustic echo. I come up with a complex phase modulated frequency of the echo so you can change it’s frequency signature. It is kind of changing the material of the reflective surface and I called it “Stone F”.

This is NOT a digital reproduction of vintage gear or old crappy distortion algorithm. Fat Lady is completely new approach to the guitar sound.

Unique synth with AUV3 (Audio Unit) and midi keyboard support. You can touch and change the wave and hear the difference.

The sound generator inside the synthesizer is producing the exact wave form as the one you have created.

Harmonizer is real time audio pitch shifter effect that can mix harmonies into the original signal or run as realtime pitch shifter.

Resonator Audio Unit is an audio effect that creates natural sounding resonances in an acoustic body.

Alien Box is a new kind of audio effect that you have never heard before.