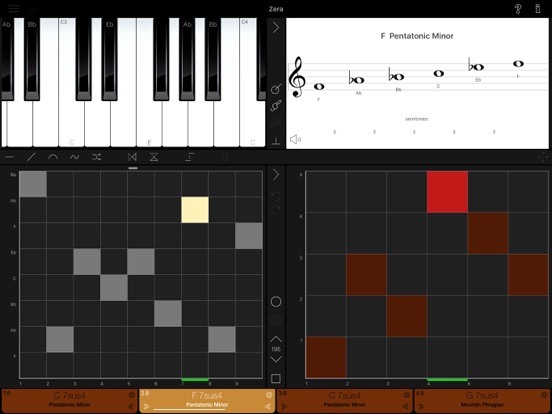 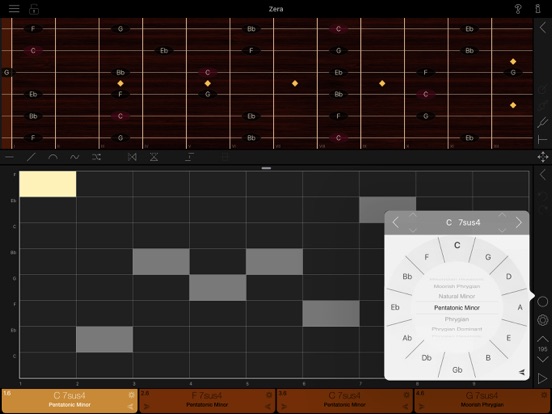 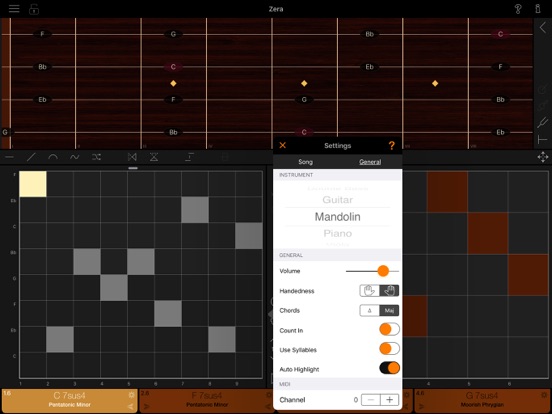 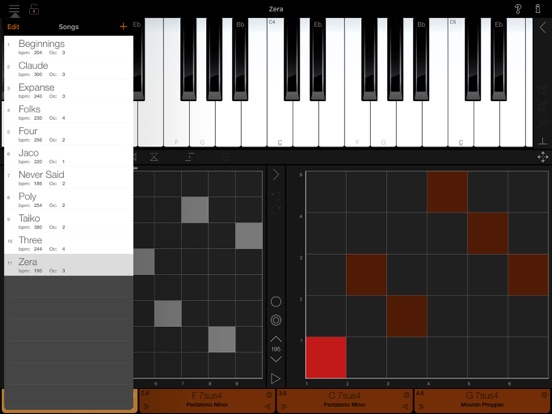 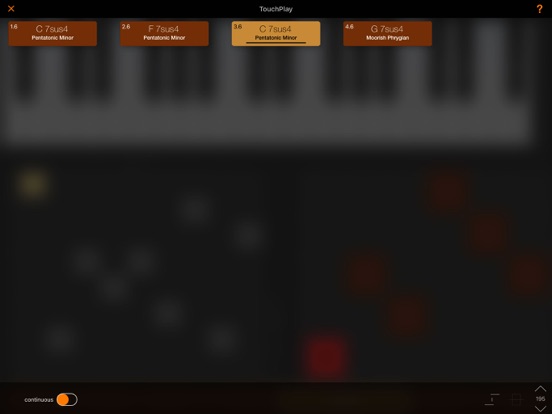 ScalePlay is a generative music app capable of producing the most intricate patterns and sequences.

ScalePlay is a generative music app capable of producing the most intricate ostinatos and sequences by applying complex scale patterns over user defined songforms and chord changes. It can be used in music production and is also a fantastic tool for music education. It includes scale references for hundreds of scales, nine virtual instruments and 128 instrument sounds. Its unique set of features allows the musician to visualize scale relations and to play along with generated patterns.

Modern musicians often practice playing scales according to organizing principles like thirds. What is meant by that is to play a scale tone, then its third, then the second scale tone, the third on top of that one and so forth. The exercise would result in the scale tones 1, 3, 2, 4, 3, 5, etc. Not an easy feat at first, because before even getting started, one has to know the base scale. Playing patterns through different keys and scale types finally is a demanding task even for advanced musicians.

ScalePlay constructs patterns like these and much more complicated ones by using two simple grids. Grids have been around in music apps for years, but they are based on half-tone steps and include all available notes of the spectrum. That leaves one difficulty on the table, namely that of correctly identifying the notes of a scale. These grids also don’t easily allow for patterning as in our scale in thirds. So a different solution is called for and ScalePlay provides just that and so much more.

In the application songs are used as metaphor to organize different scale types into a harmonic context. They are constructed with chords which in turn determine what scale types are available at a given time. During playback the app then cycles through these virtual chords or as with TouchPlay allows to call them up at will. This architecture is very helpful for superimposing ScalePlay patterns over existing pieces and even practicing improvising over changes.

For practicing ScalePlay shows a pattern's progression on the built-in instrument and also provides a music notation reference. One can slow things down to need and play along. With the pattern lock feature all patterns can be kept in the same general vicinity. So instead of raising all scale tones when a base chord moves from C to G for example, patterns stay in place. This allows guitarists to practice scale patterns over changes while remaining in the same position.

ScalePlay is also a fabulous generative music app. That is because of the magic that happens when these self-repeating scale structures are put in motion. Fantastic music occurs. Since ScalePlay supports virtual MIDI as well as Audiobus it can be recorded into any iOS based DAW. It also features TouchPlay for advanced looping. With TouchPlay scale structures can be looped endlessly and out of order. The TouchPlay environment is superimposed over ScalePlay's main interface and allows live switching between different scale types with the tap of a finger in continuous or full pattern mode. Of course ScalePlay supports multi-app multitasking as well as split-view and split-screen to make this feature even more useful.

The full online documentation for ScalePlay is available here: http://rogame.com/d/ios/scaleplay.html

This version fixes a small number of bugs and includes layout as well as graphic improvements. Everything should feel a bit snappier, dark mode looks a bit nicer.

Quincy is a unique music composition tool. Its modular approach to interpretation of cellular automata renders Life worlds in styles ranging from Balinese Gamelan music to that of Stockhausen.