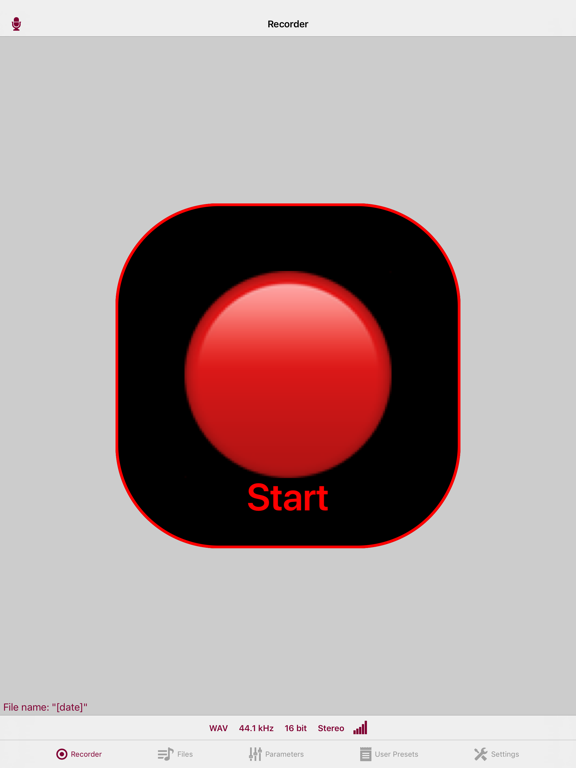 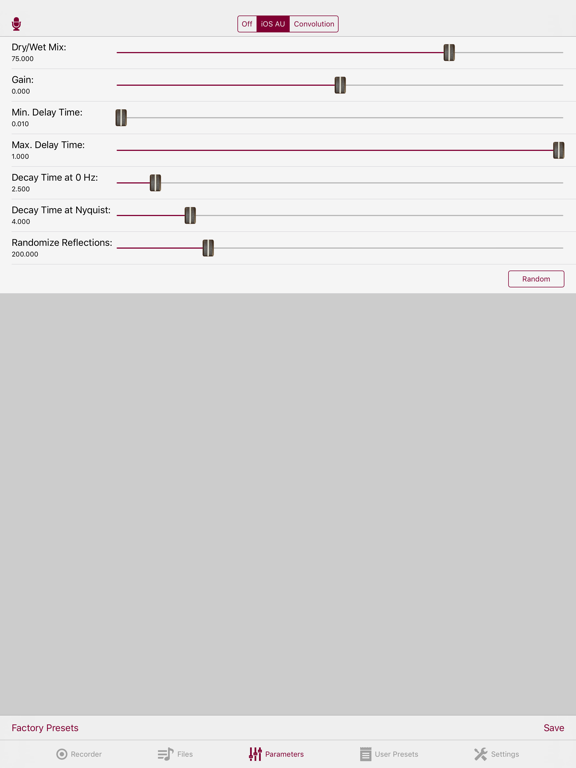 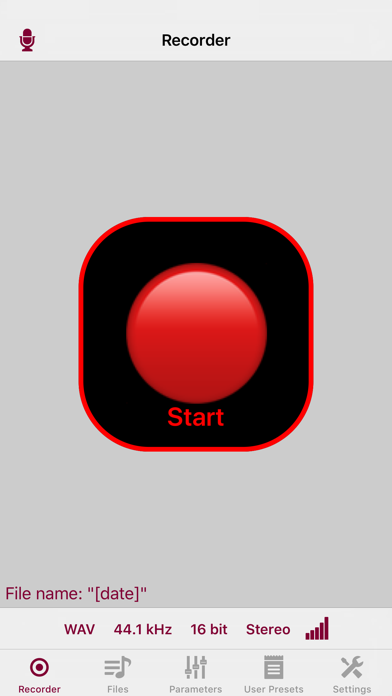 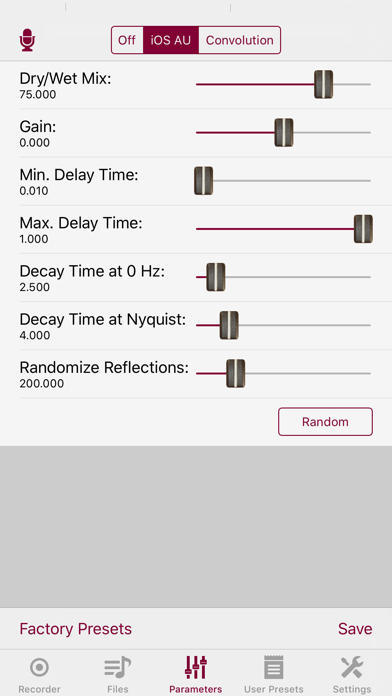 Play or save the files with added reverb. Use play through mode or Audiobus for realtime reverberation.

Thafknar is an audio recorder and player and a tool for adding reverb to files and to audio streams (Audiobus, IAA, AUv3; the latter being an in-app purchase).

Upload audio files by iTunes File Sharing or by Document Interaction, or create recordings with the app's built-in audio recorder. Play or save the files with added reverb. Use play through mode for realtime reverberation. The reverb can be created by an iOS Audio Unit or by the app's convolution reverb engine (iPad 4 or better is recommended for realtime usage).

- MIDI Control for controlling some functions of the app by MIDI messages.

- Preset Buttons for selecting presets by tapping buttons which can be decorated with text or images. This can be used to build a custom-designed sample player.

Thafknar App, bugfix: On iOS 13+, some action selectors were placed at a wrong position or even off screen. Thafknar AUv3, new: User presets can now be saved in the audio unit. Plus a few minor improvements.