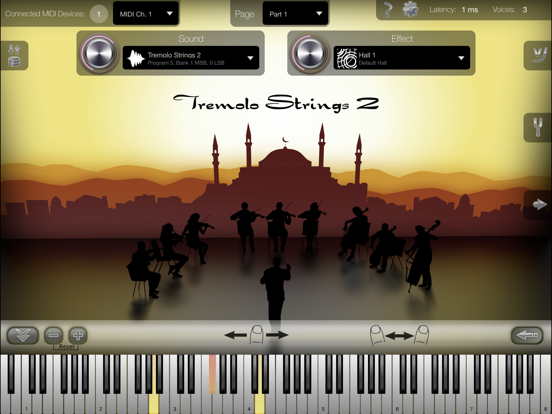 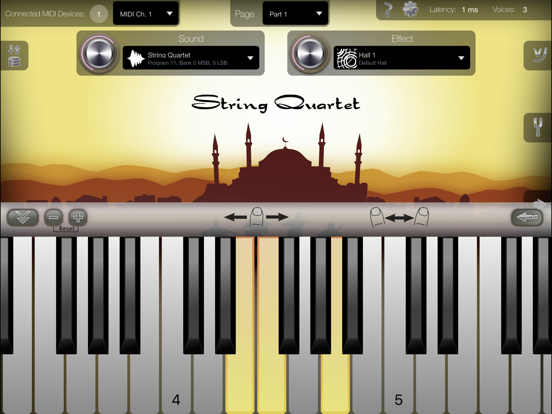 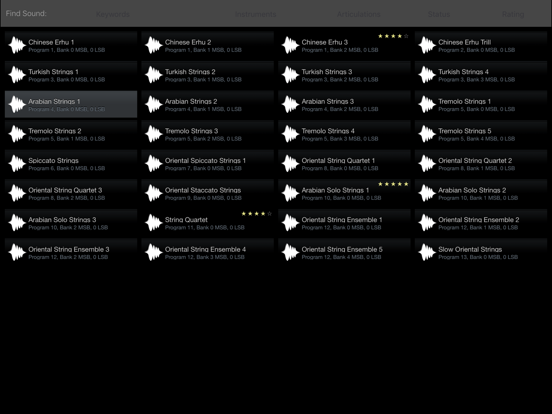 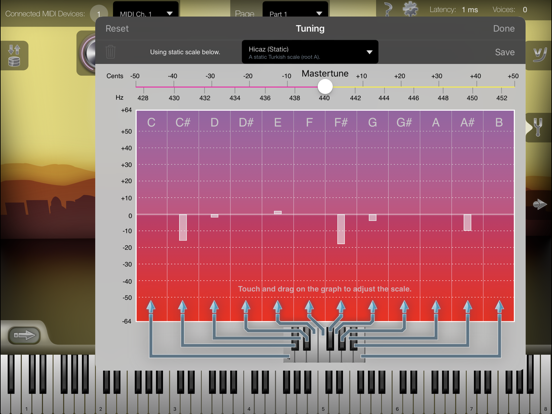 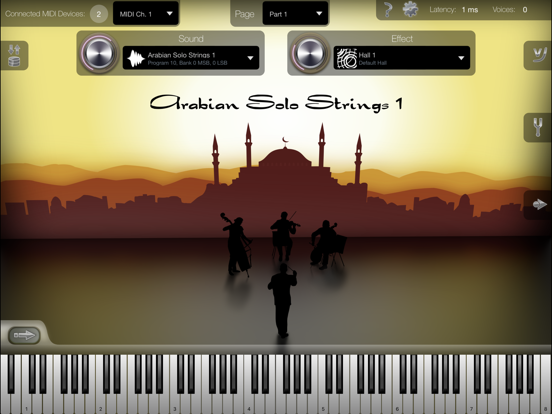 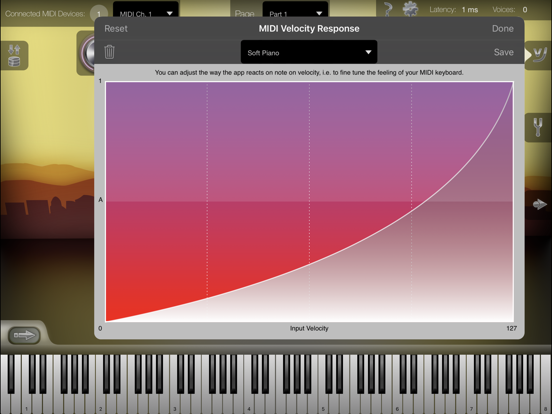 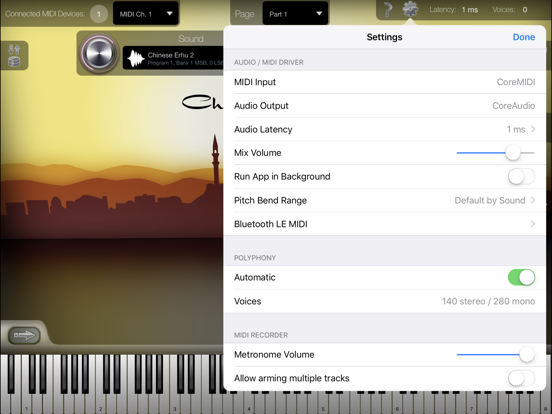 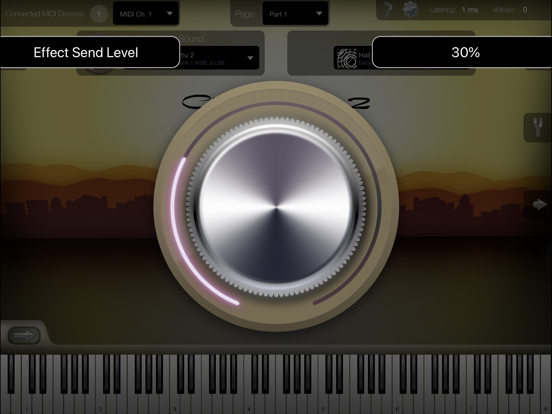 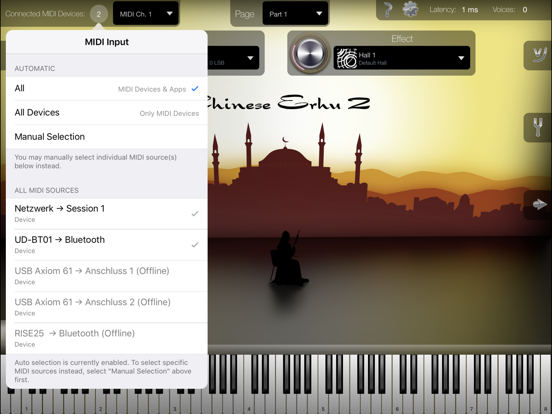 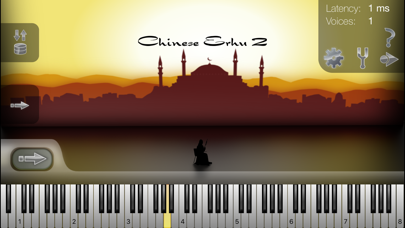 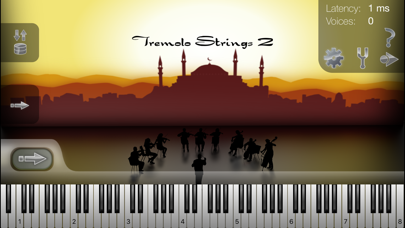 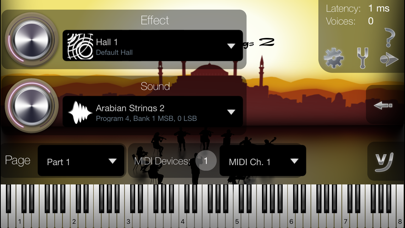 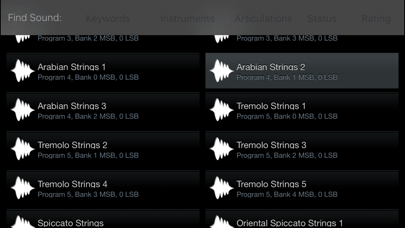 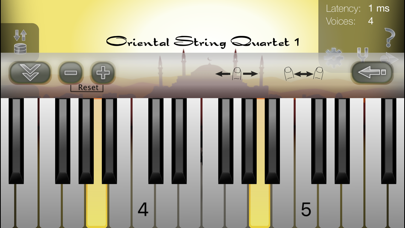 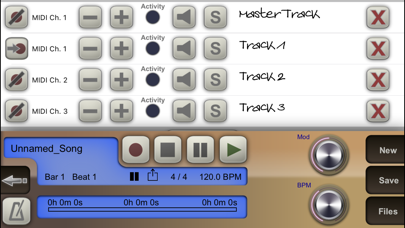 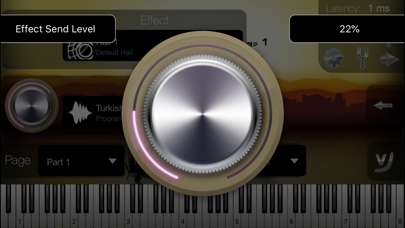 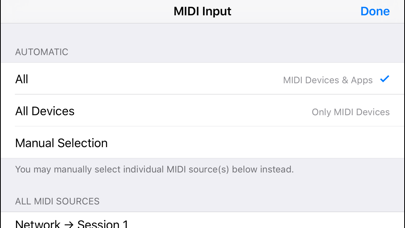 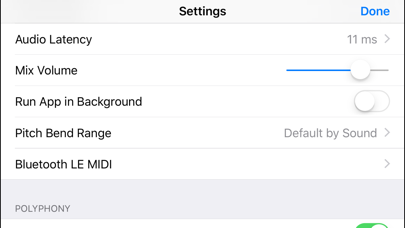 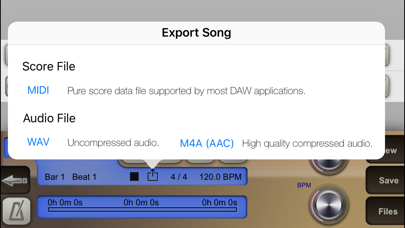 Oriental Strings is a professional sound module app for oriental keyboard players and for musicians who simply want to resemble the typical sound of the Middle East in their songs.

Oriental Strings is a professional sound module app for oriental keyboard players and for musicians who simply want to resemble the typical sound of the Orient and Middle East in their songs. Connect an external MIDI keyboard to your iPad, iPhone or iPod touch by using Bluetooth MIDI or by using the Apple USB camera adapter or another adapter supported by Apple, or launch Oriental Strings as virtual instrument directly within your favourite DAW app on your iOS device!¹

Watch and listen to the demo video on our product website!

The sounds of Oriental Strings were exclusively recorded with players who are professionally dedicated to oriental style of music. Typical string instrument sounds for the Arabian genre are covered by this app. Besides rather exotic instruments like the Chinese erhu, typical western string instruments were used as well, but since the players of the recording sessions are focused on oriental music, those western instruments sound completely different than you might be used to from western orchestra players.

The sounds of this app were once again created by Kurt Ader, winner of the NAMM 2015 "Best Sound Designer of the Year" award.

There is no in-app purchase in this app. So all sounds and all app features are immediately available to you as one buy.

MIDI Player / Recorder:
• Record, save and load your songs in standard MIDI file format.
• Share your songs easily as audio file.
• Unlimited amount of tracks.
• Configurable target MIDI channel per track.
• Unlimited recording and playback length.
• Open MIDI (.mid) files directly from other apps (i.e. from Safari, Mail).
• Download or upload MIDI files with iTunes.
• Load your favorite songs as MIDI files from the Internet, and watch at the virtual keyboard how to play it.
• Metronome.
• Use the "Tempo Zoom" dial knob to i.e. slow down playback at any time and learn your favorite songs more easily.

² Some sounds are using several voices per note. Polyphony depends on the exact device model being used. You find a polyphony table on our product website.

This update provides the following software corrections: • Fixes last row on sound selection screen from being hardly accessible due to a scroll space issue which was triggered with certain sound search filter rules. • Voice Over: Various corrections and improvements to provide more meaningful speech output. • Fixes stuck keys on the virtual piano keyboard which happened when holding virtual keys with one hand and trying to select another sound preset with another hand. • MIDI: An external "All Notes Off" MIDI message now also releases potentially stuck keys on the virtual piano keyboard on screen.

Play with the sound of a full cathedral organ, created by award-winning sound designer Kurt Ader.

Colossus Piano sets a new standard in terms of realism, detail and overall quality of piano sounds on your iPad, iPhone and iPod touch.

The second best sounding piano app in the App Store (after "Colossus Piano")!