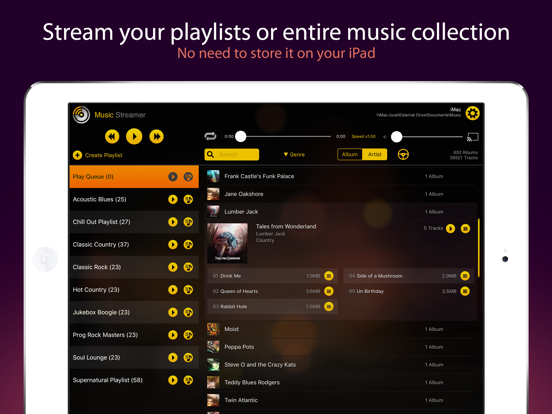 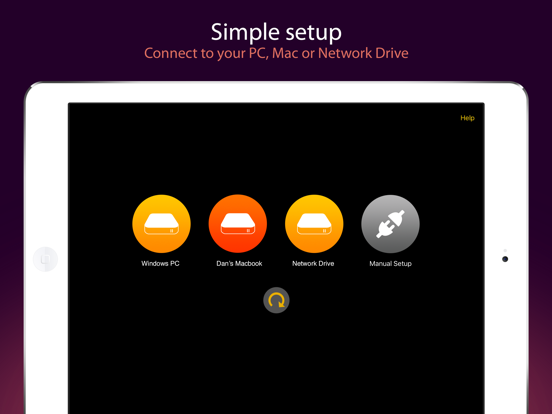 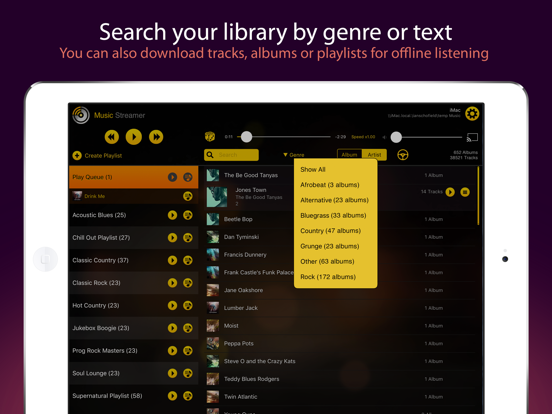 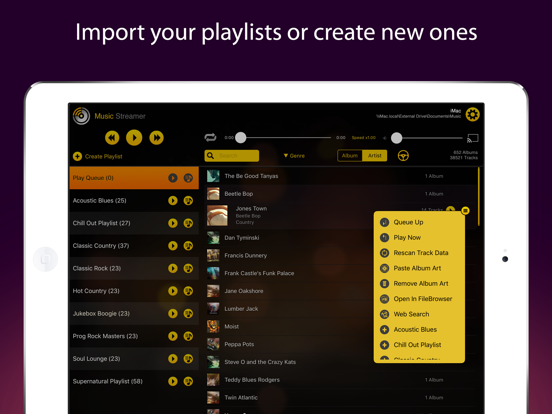 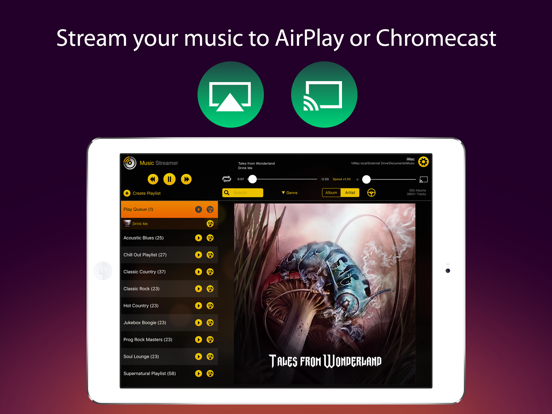 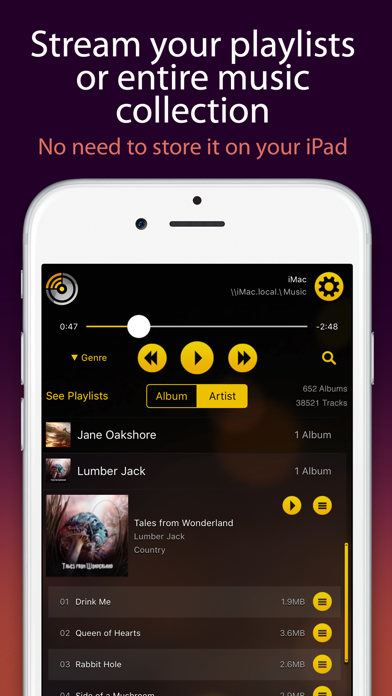 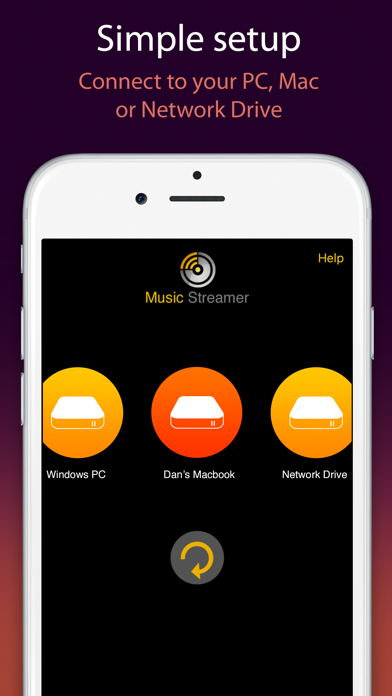 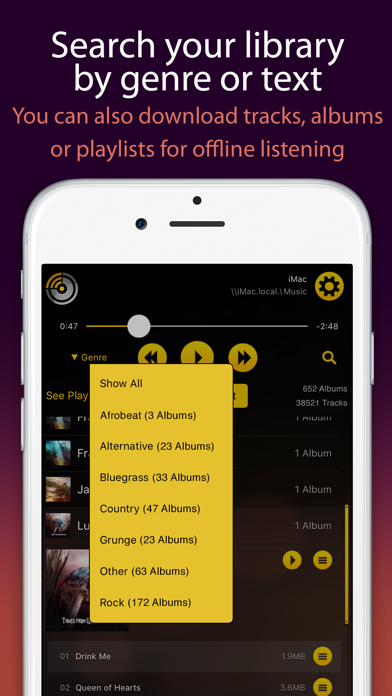 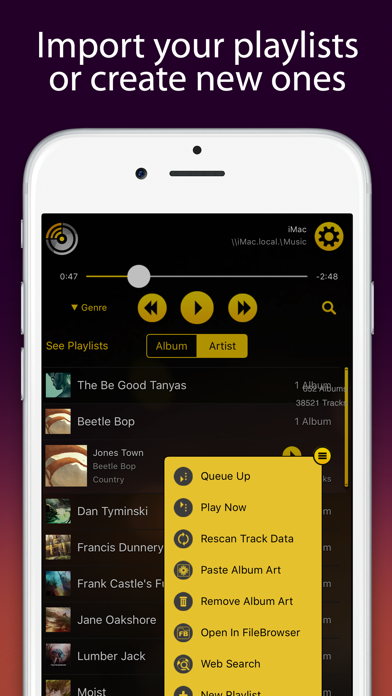 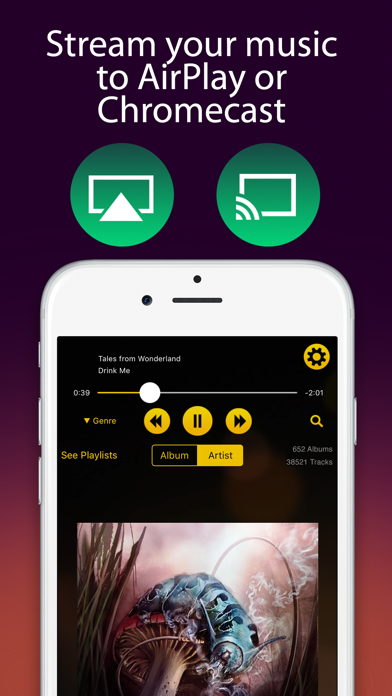 With MusicStreamer you can stream sound to Chromecast or Airplay speakers.

Do you have a music collection of thousands of albums on your computer or network drive? Now you can browse and play that music directly on your iPad without syncing or waiting for a download. You can also stream to Chromecast or Airplay speakers.

“Music Streamer is a fantastic answer to a common problem” - 148Apps

"MusicStreamer is easily one of the best music streaming apps available for the iOS operating system. This app allows simple and automatic synchronization between your device and your PC." - appPicker.com

"MusicStreamer is a smart, new app that makes local music streaming easier than ever." - AppAdvice.com

None of the other apps we tried had the must have features we wanted, which were:
- Easy setup wizard.
- Reliably streams music directly from your PC, Mac, Time Capsule, or Network Drive.
- Provides excellent playlist management.
- Import existing iTunes playlists.
- Search by album, track, artist or genre.
- Effortlessly supports tens of thousands of tracks.
- Offline mode: Download tracks, albums or playlists to play in offline mode.
- Supports lossless FLAC, OPUS and WAV files as well as MP3, M4A, AAC and AIF.
- Supports gapless playback.
- Is easy to set up and has an intuitive and powerful user interface.
- AirPlay and Chromecast music support.
- Scrobble to last.fm.
- Groups album tracks based on your existing folder arrangement.
- Access multiple libraries and easily switch between them.
- Extracts tags and album art embedded in audio files and also uses album art from files in your music folders.
- Audiobus and inter-app audio support, acting as a music source.

We would love to hear your feedback on support@stratospherix.com and this will drive new features in future updates.

Thanks for using MusicStreamer! This update includes the following improvements. Fixed a hang that could occur when extracting tags from m4a files.

With MusicStreamerLite you can stream sound to Chromecast or Airplay speakers.