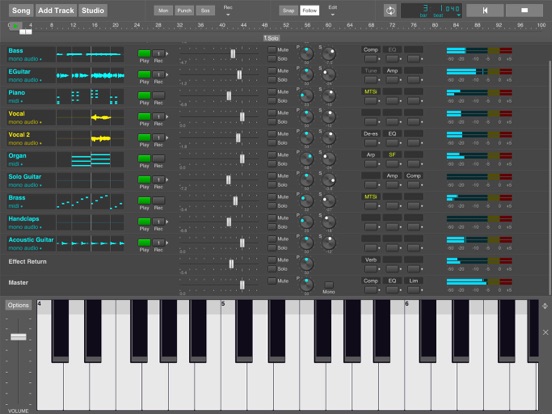 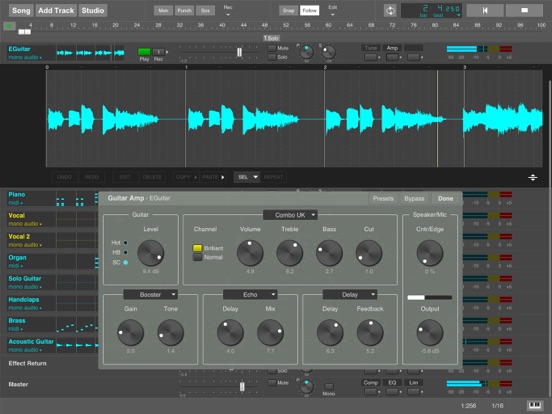 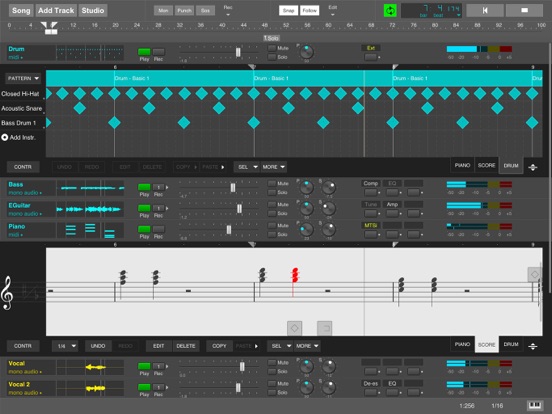 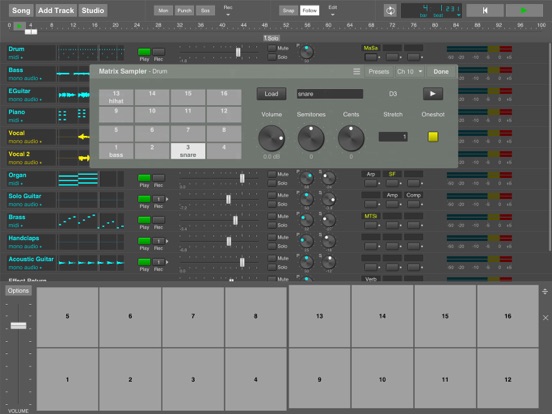 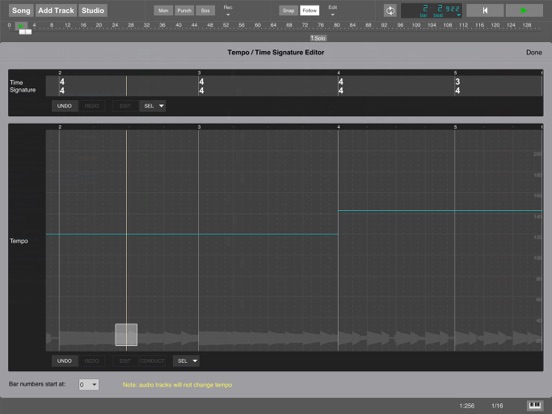 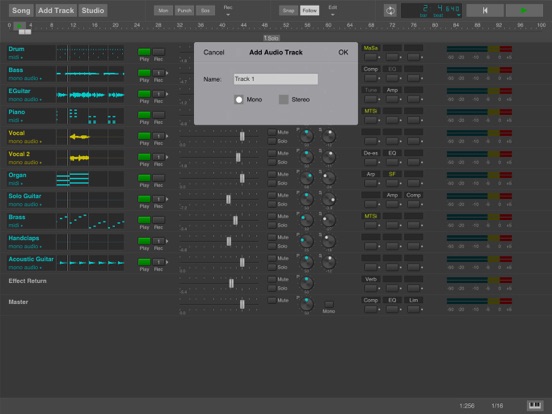 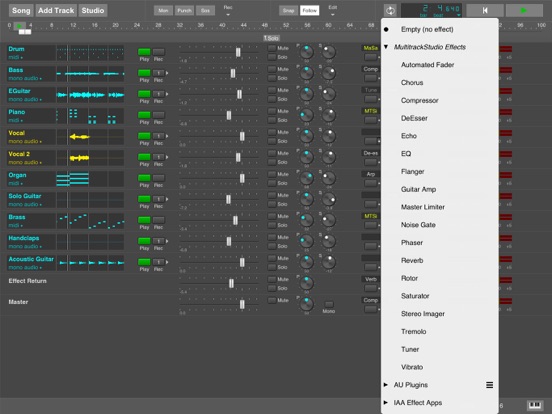 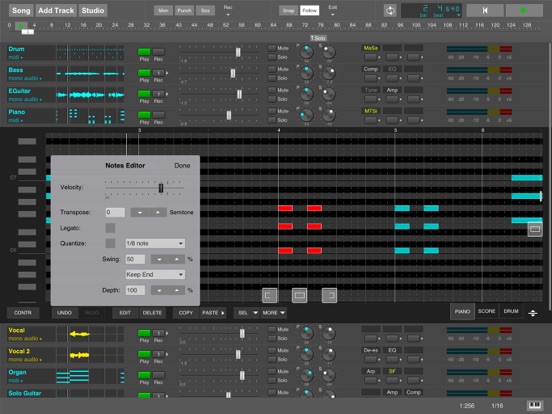 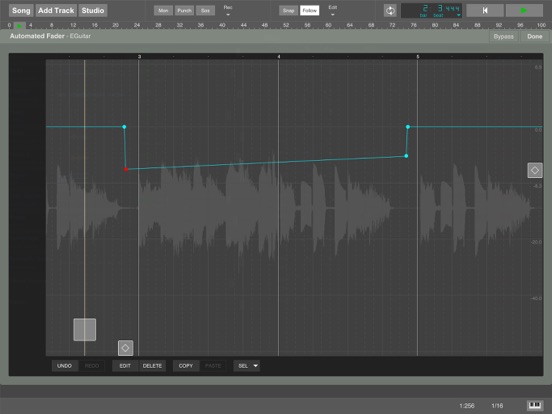 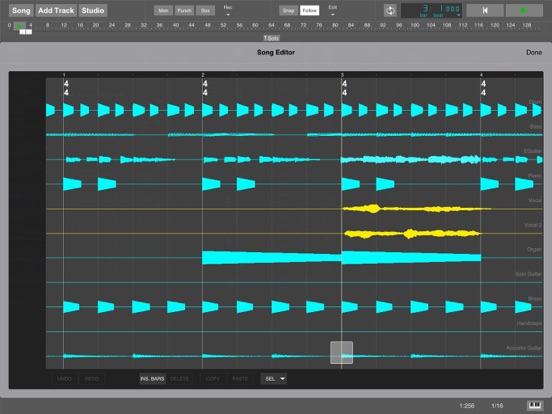 MultitrackStudio for iPad is an audio/MIDI multitrack recording app. It comes with many high quality audio effects including a guitar amp simulator.

MultitrackStudio turns your iPad into a digital multitrack music recording studio. You can record, edit and mix audio and MIDI tracks. Both "one man band" recording, adding tracks one at a time, and live multitrack recording are supported.

Both audio and MIDI tracks can be edited. MIDI editing features include pianoroll, drum, score and pattern editors. Tempo and time signature can change throughout the song.

The straightforward user-interface has been designed with tape-based recording in mind. It's easy to use yet powerful.


The Pro Extension (available as in-app purchase) adds these features:


The Track Pack (available as in-app purchase if the Pro Extension has been purchased, 64 bits iPads only) adds these features:

• 3 additional track colors. The existing ones have been fine tuned. • MIDI tracks respond to MIDI keyboard if one of its effects is visible (just like it already did for the instrument slot). • Supports MIDI NRPN parameters. • Dot Editor now has Position box and "To grid" button. Applies to Automated Fader, MIDI controller and automation editors. • AU plugins that crash no longer lose their settings when they're reloaded. • Fixed: Volume fader in audio track Edit Control pane could cause crash under certain conditions. • Tempo editor 'Stretch Accelerando' option (from SEL menu) now works as expected with mouse or trackpad. • mouse/keyboard: 'Option' mouse modifier for track's Play, Rec, Mute and Solo buttons: toggles all same-color tracks. • mouse/keyboard: Shift key can be used in Pianoroll/Drum editors to ignore the Snap button, so you can add/move notes anywhere.