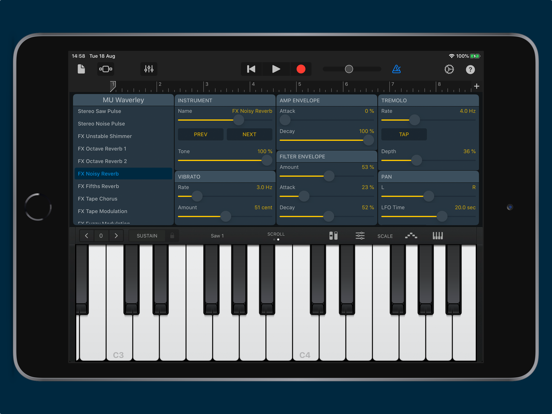 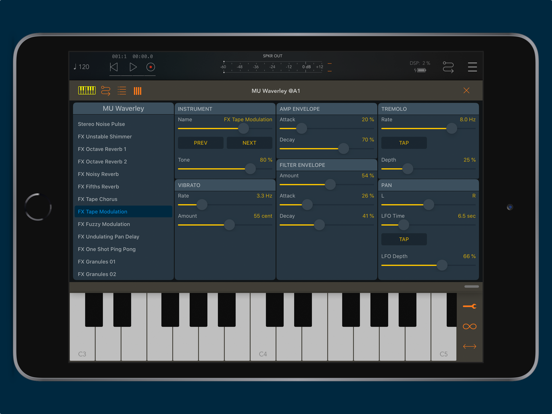 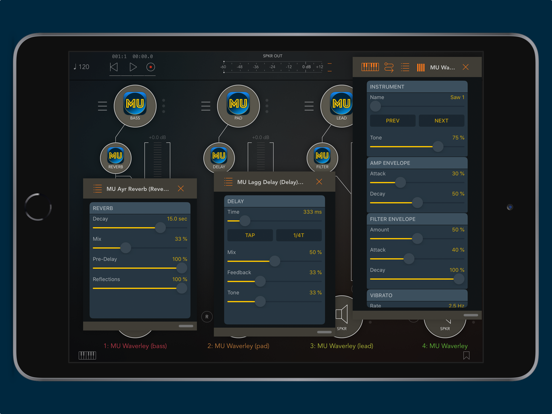 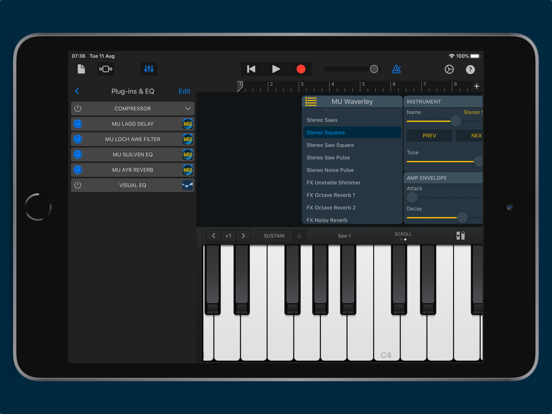 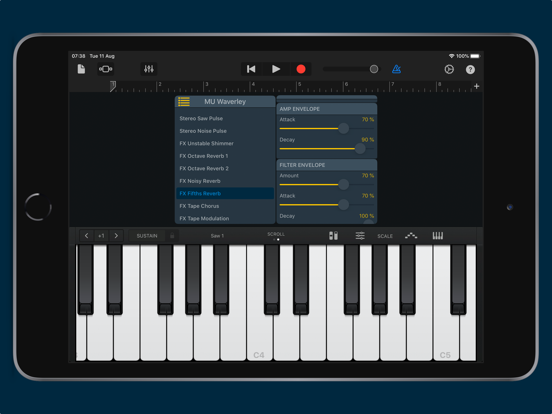 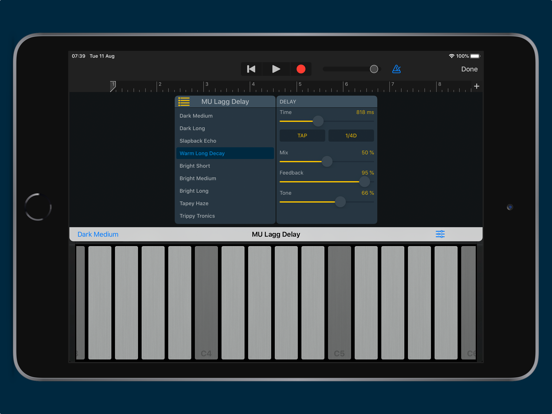 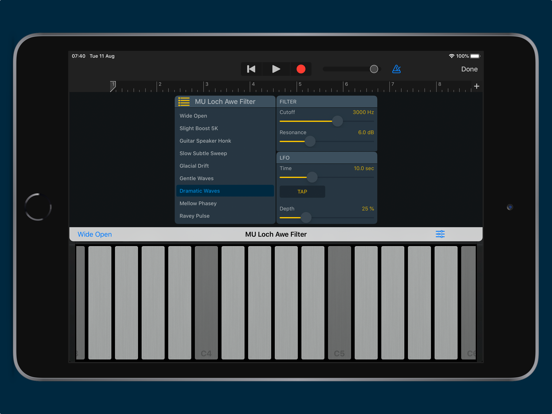 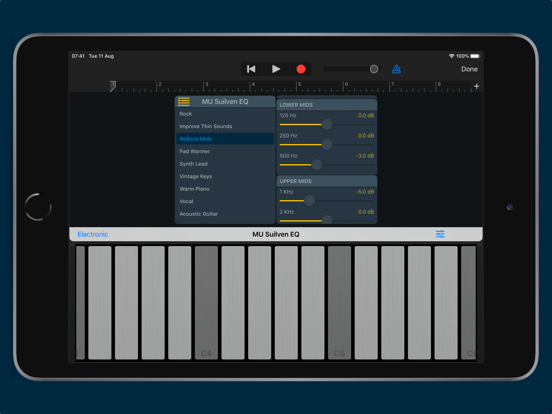 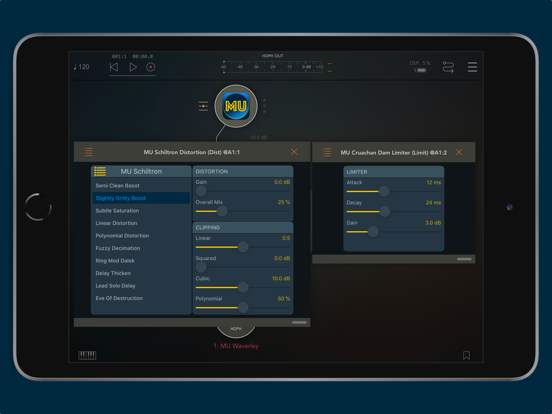 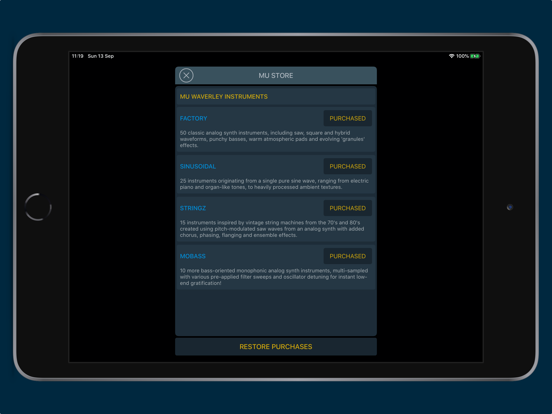 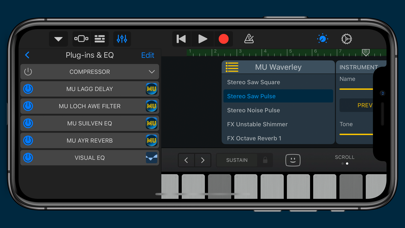 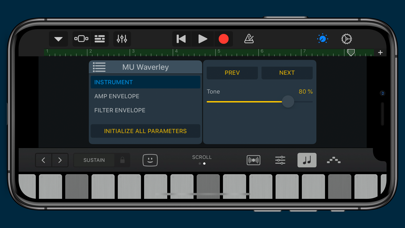 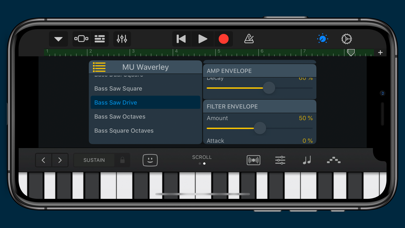 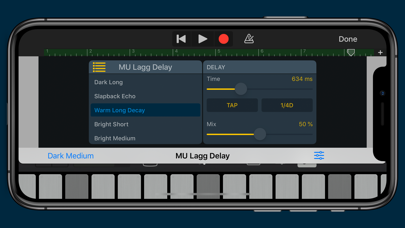 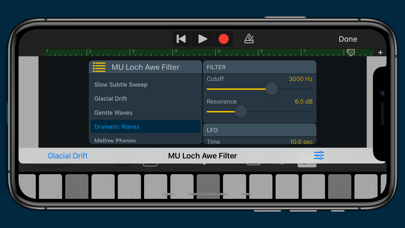 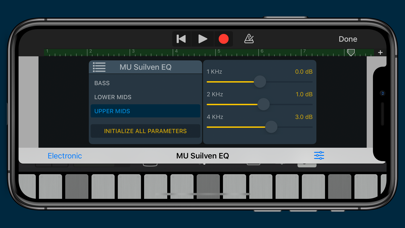 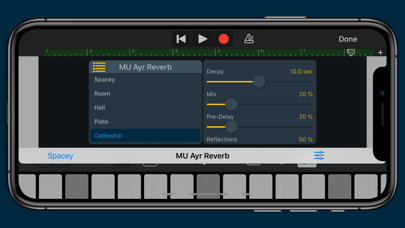 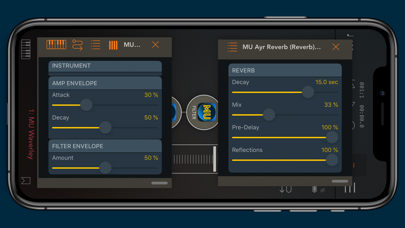 Waverley is the principal instrument in the moodunits collection. It’s sample-based, but it isn’t a fully-fledged sampling app that allows you to load and edit your own samples. Another usage scenario for Waverley is if you’re just sketching out an idea, perhaps on a less-capable device like your iPhone while you’re on the move.

Please note: moodunits have been designed as a set of instrument and effect Audio Units.  You need to load moodunits into any AUv3 compatible host application running on iPad or iPhone, such as GarageBand or AUM.  The moodunits app is not a standalone instrument.

Waverley is the principal instrument in the moodunits collection.  It’s sample-based, but it isn’t a fully-fledged sampling app that allows you to load and edit your own samples.  There are already great apps out there that allow you to do that.

Waverley in moodunits is pre-loaded with 30 factory sounds, that can be tweaked to taste via parameters that will hopefully be familiar to most of you.  However, don’t worry if some parameter names look technical or scary - just experiment!  You can’t really “break” Waverley or make “bad” sounds with it.

Probably the most popular type of sounds used in iOS music making come from analog synthesisers.  Sometimes these sounds are generated by modelling but in Waverley’s case, the factory instruments come from samples of real analog gear.  On the one hand, it’s really easy to mathematically generate a perfect saw wave, but sometimes the problem is that it sounds… perfect.  Analog synthesisers tend to produce less than perfect waveforms, and it’s generally agreed that’s a big part of what makes them sound “good”.

By using samples, Waverley instruments capture some of the “magic” of the real gear, without having to use CPU-intensive modelling techniques.  This means you can run more instances of Waverley in your host as not only is Waverley light on CPU, it’s very efficient with memory too.  As well as basic analog sounds such as saw and square wave, Waverley also has sounds with effects already applied using top-end boutique signal processors, so you might be able to find a big pad sound in Waverley that you can use in a project, without having to run a bigger / more demanding instrument going through a bunch of other effects AUs.

But Waverley isn't just about analog gear.  You can expand your musical palette via purchases and free downloads from the MU Store as In-App purchases. The MU Store will include an ever expanding range of conventional, as well as "impossible" instruments that will hopefully inspire you during your music creation process.

Another usage scenario for Waverley is if you’re just sketching out an idea, perhaps on a less-capable device like your iPhone while you’re on the move.  Maybe the instrument you really want to use only runs on iPad, but there’s a Waverley sound that gets you pretty close and you don’t run the risk of getting distracted with dozens of parameters or a complex UI.

moodunits also comes with some basic effects, allowing you to create a great sounding musical project using just moodunits and your favourite AU host.  In keeping with the moodunits design principal, the effects are light on CPU and expose a few essential parameters.  They're probably not going to replace your favourite bells and whistles mega reverb or delay, but their simplicity might come as a refreshing change.  Currently these effects include a delay, reverb, low-pass filter, 10-band EQ, peak limiter and distortion.

The moodunits app is not a standalone instrument, but can be used to access a detailed PDF user guide.  Once you run the app, your moodunits are registered on your device and are ready to be used for music projects in your AU host of choice.  For instructions on how to use Audio Units, please refer to relevant documentation for your host, e.g. GarageBand or AUM, etc.

Note for advanced users:  with the exception of the filter cutoff frequency and resonance in the filter AU, none of the parameters are exposed for automation.  Also, please note that the design goals for moodunits is focussed on ease of use, so some advanced users may find the features basic.  The screenshots and demo videos online should give you a good idea of what's possible.  If in doubt, please ask.

• reduced download size of main app slightly - sorry it's not terribly exciting, but this has been bugging me for a while

Waverley Tables is a sample-based instrument, or “ROMPLER”. It is not a synthesiser that allows you to create your own instruments. Instead, the instruments have already been created.

Waverley XL is a sample-based instrument, or “ROMPLER”.  It is not a synthesiser that allows you to create your own instruments.

Touchscaper is an instrument designed for anyone who wants to make music on their iPad simply by touching the screen.

Guitarscaper is a guitar sampler.

Pianoscaper is a generative music app and virtual instrument that’s easy on the ears and fun to play.