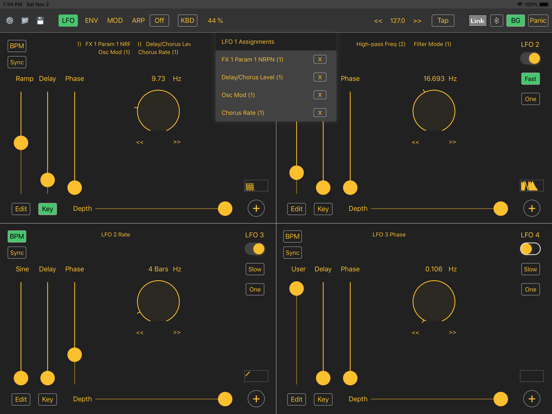 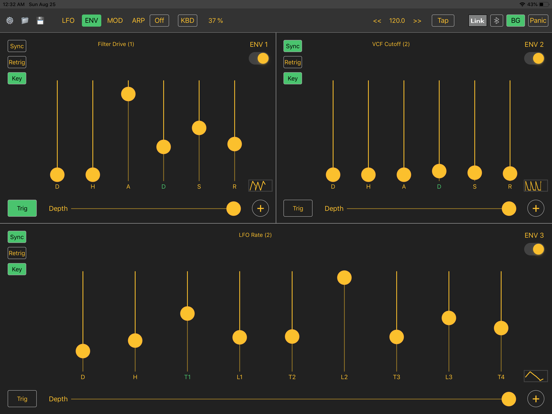 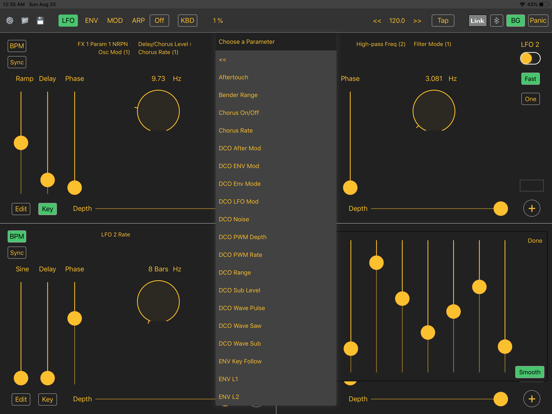 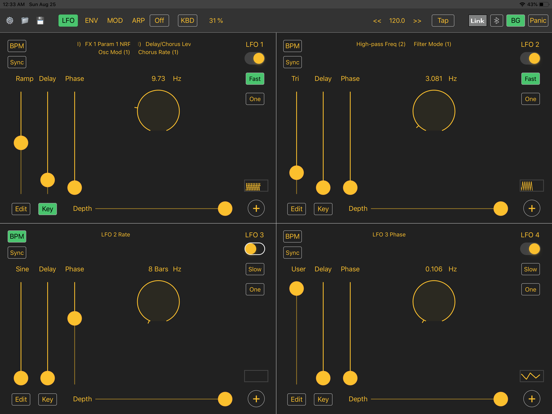 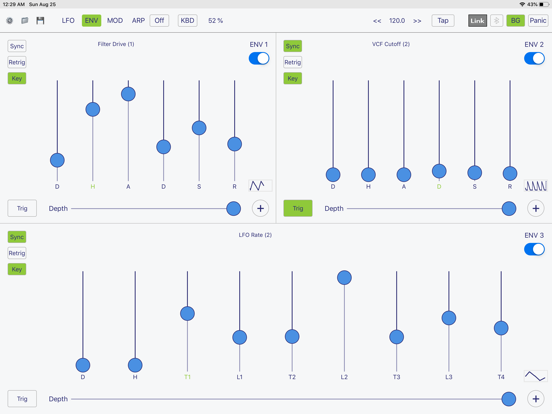 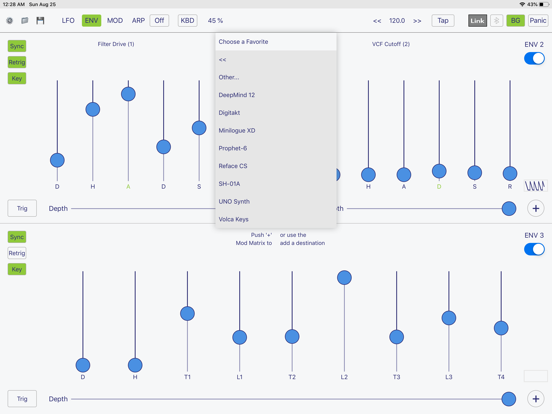 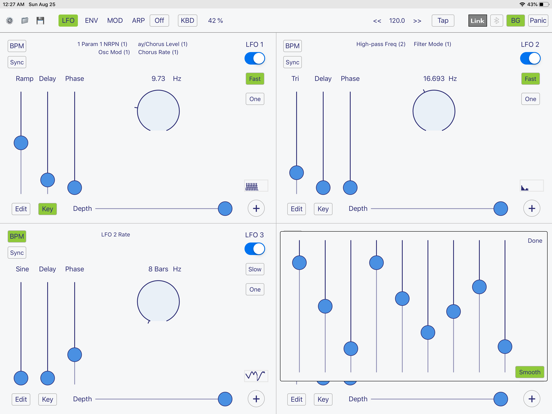 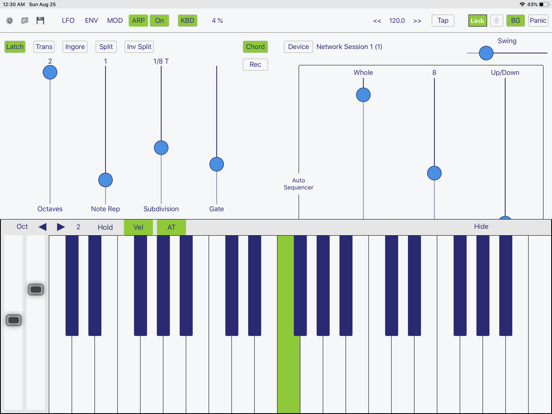 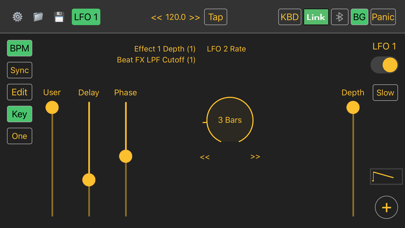 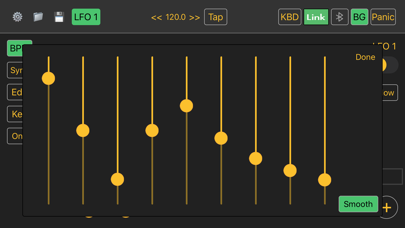 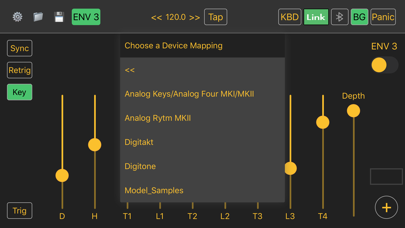 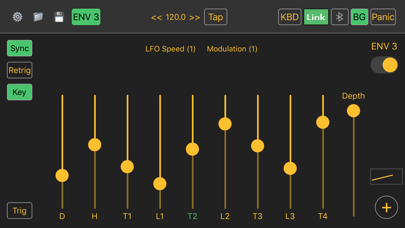 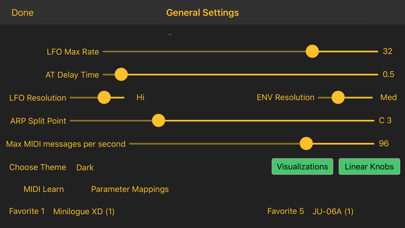 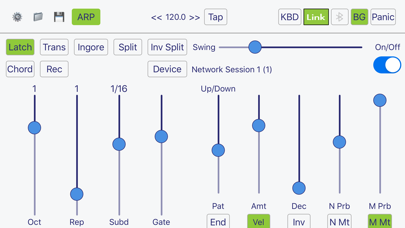 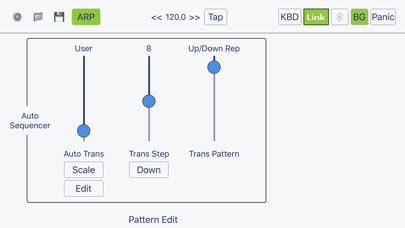 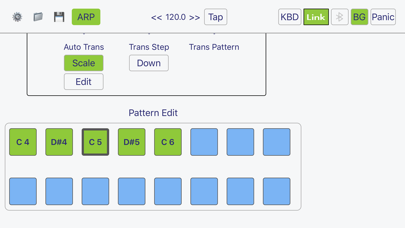 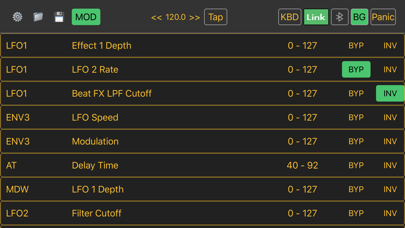 MIDI Mod is a set of modules designed to be used as modulation sources that send MIDI to various destinations.

MIDI Mod is a set of modules designed to be used as modulation sources that send MIDI to various destinations. In addition, the majority of MIDI Mod's own parameters can be modulated internally. For example, the output of ENV 3 could be used to control the rate of LFO 1. The output of LFO 1 could be used to control the playback velocity of the arpeggiator, and so on.

MIDI Mod features a massive 32-slot mod matrix, which can be used for routing internally and externally to any number of things, including hardware devices, software, and other apps.

The sheer number of possibilities can be daunting, but don't let that stop you. To make things less overwhelming, MIDI Mod comes preloaded with parameter mappings for more than 60 devices and apps, including some of the most popular devices on the market today. More are being added, and if a mapping doesn't exist for your device yet, fear not. It's very easy to create routings just by entering a CC number or via MIDI Learn. MIDI Learn even works with Sysex!

4 LFOs
- All the classic wave forms, plus 1 slot per LFO for a user-editable waveform
- Key retrig and LFO delay
- Slow and Fast modes, up to 40 Hz
- Rate sync to BPM subdivisions
- Sync any LFO to the rate of another
- Each LFO can have up to 8 destinations

3 Envelope Generators
- 2 ADSR with delay and hold
- 1 4-stage with individual levels per stage, plus delay and hold
- Loopable
- Auto-triggered by BPM subdivisions or the rate of an LFO
- Manual trigger buttons
- Each envelope generator can have up to 8 destinations

Arpeggiator
- Stores up to 16 notes
- Standard features, including Octave Up/Down, Note Repeat, Gate Length, Clock Subdivision, and several playback patterns
- Velocity decay/fade feature
- Chord memory with polyphonic playback
- Create rhythmic patterns by turning on/off individual notes in latch mode
- Auto Transpose Sequencer allows automatic transposition of the entire note sequence up to 16 steps. Think of it as a sequencer of a sequence
- Arp note on and note off can be used as a modulation source (up to 8 destinations)
- Note messages can be suppressed so that only modulation takes place

32-Slot Mod Matrix
- Destinations can be internal or external (only limited by the amount of devices/software/apps you have)
- Internal destinations include just about every knob and fader within MIDI Mod
- Over 60 (and increasing) included device control mappings, making it easy to simply select your device, and the name of the parameter
- Destinations can be MIDI CC, Sysex, or NRPN
- MIDI Learn for destination select (CC and Sysex only)
- Individual range controls for each mod slot (If the destination has a range of 0-63, you could set the min to 5, and max to 55, for example)
- Destinations also include pitch bend, aftertouch, mod wheel, and even MIDI note
- Every mod slot can have its output inverted (negative)
- Mod sources include the 4 LFOs and 3 Envelopes, Arpeggiator note on/off, Aftertouch, Velocity, MIDI Note (keyboard tracking), Modwheel, Pitchbend, Expression, or any CC of your choice

Other Features
- Quick access on-screen keyboard for entering notes/playing devices
- Configurable Max LFO Delay and Envelope Phase times, up to 40 seconds
- Aftertouch delay, which filters out incoming aftertouch messages until the desired time after key press
- Max MIDI messages per second (some devices are better at handling audio rates over MIDI than others)
- MIDI clock send and receive (sync)
- Analog sync out (sends out an audio pulse in sync with the current tempo)
- Ableton Link for solid tempo sync with other Ableton Link devices
- In app User Guide

MIDI Mod is not affiliated with any hardware or software manufacturer.

CV Mod is a 2 LFO/VCO Oscillator Module meant to be used with modular or semi-modular synth hardware.