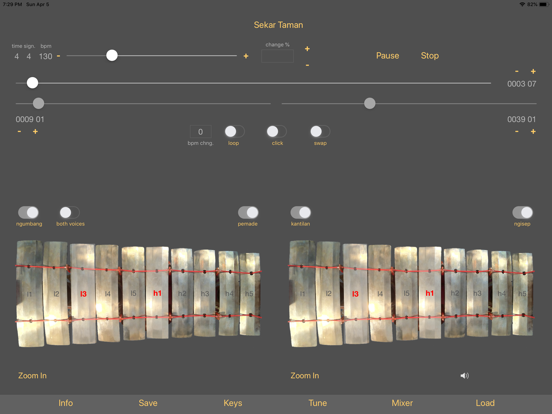 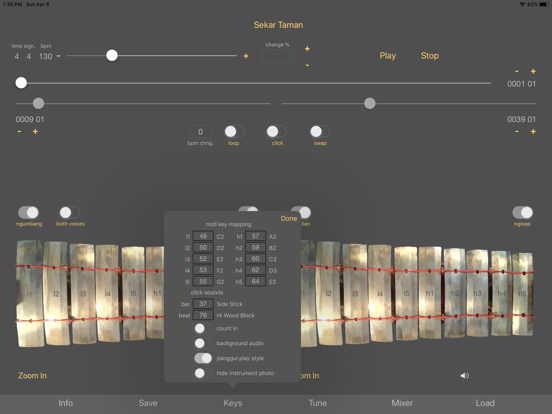 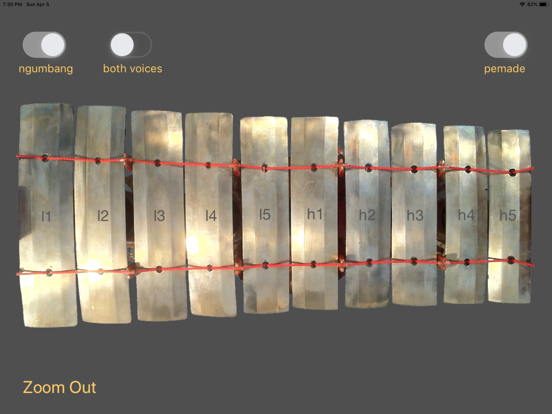 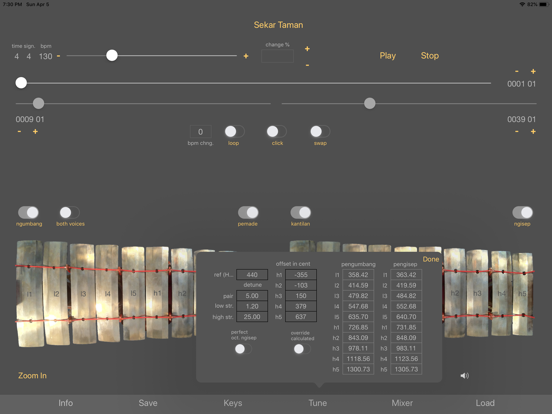 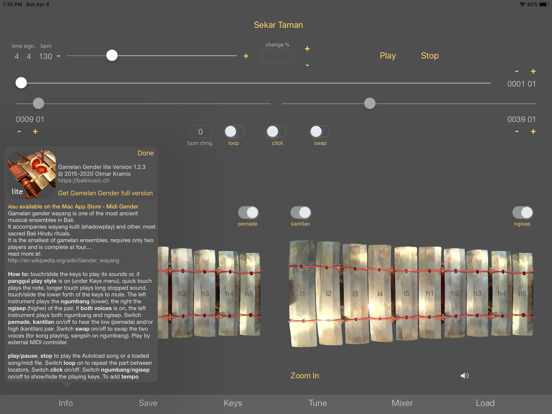 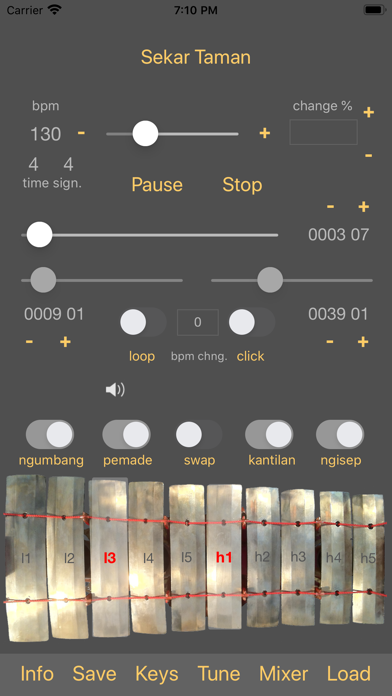 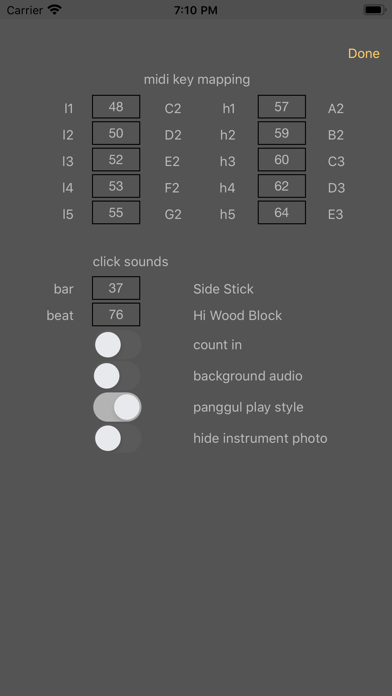 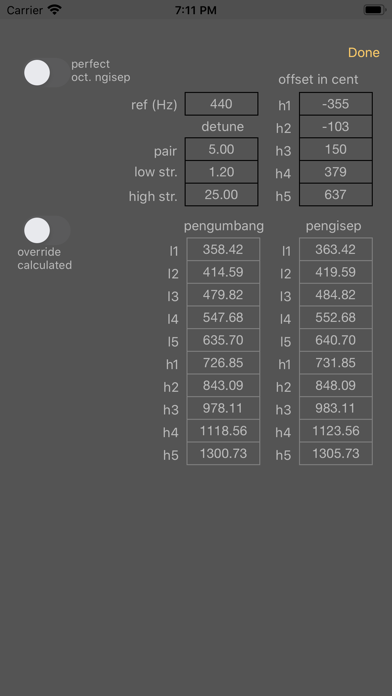 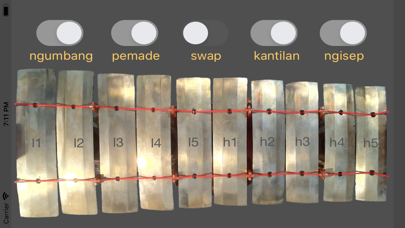 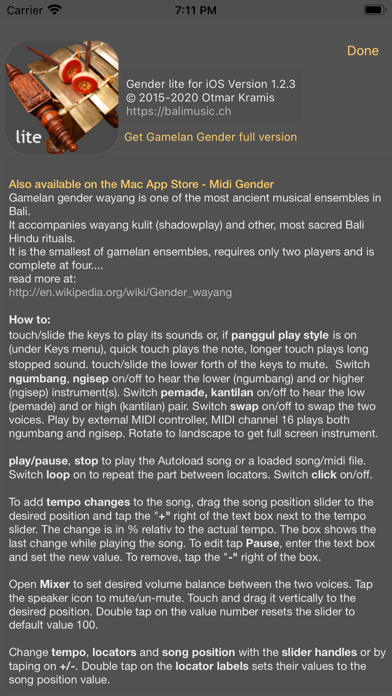 This is the free version of Gender for iOS. It's limitation is: can't save changes, fewer included songs, no support for Inter-App Audio/Audiobus.

Gender Wayang is a 10-key metallophone, coming in pairs, most be doubled from an other pair one octave higher, tuned in Slendro scale. As Gender Wayang is played with two panggul (mallets) - other than the Gangsa in Gong Kebyar - two player together play the melody (left hand) and the interlocking parts kotekan (right hand) as a complete „mini“ Gamelan.

•MIDI file player
•Animated keys for „traditional" learning
•Sound bank sampled from real instruments
•Keys assignable to midi notes (adjust to your MIDI file)
•Tune it to your real instruments
•Mathematical tuning system, only 5 keys have to be defined
•Calculated tuning can be overwritten, and each of the 40 keys frequency can be defined
•Loop parts for practicing
•Set tempo changes,  to for example accelerate each repetition...
•Change tuning to pelog scale and use it for Gong Kebyar practicing as well, create your own 10 key tunings....
•MIDI input (Core MIDI, physical and virtual)
•Two touch play modes: gamelan style (strike and damp) and piano style (touch and release)