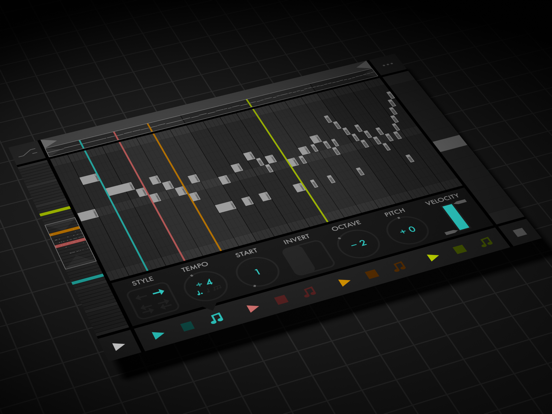 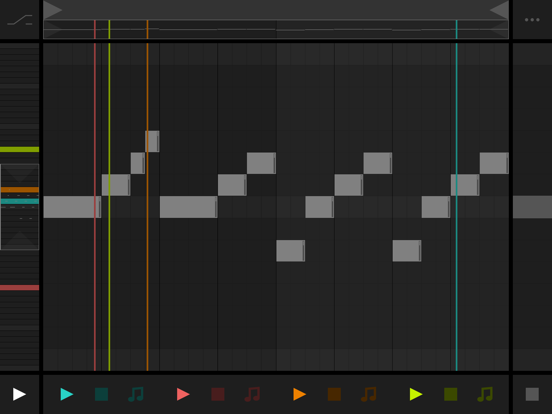 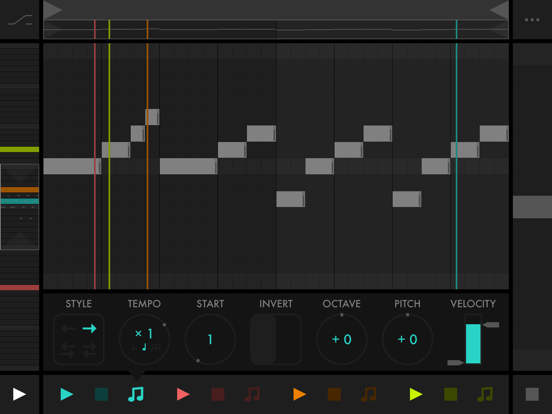 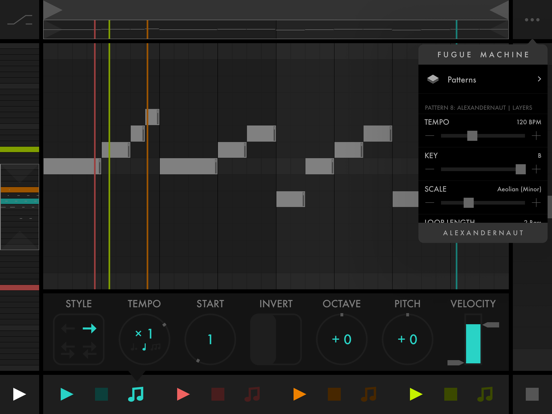 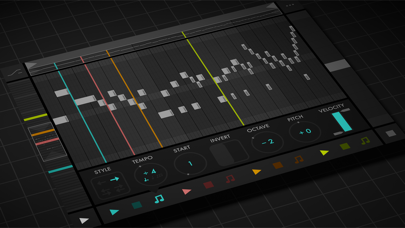 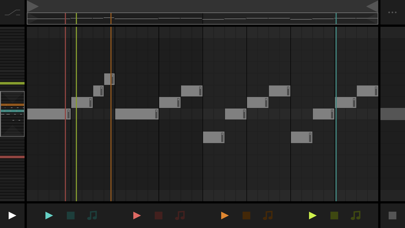 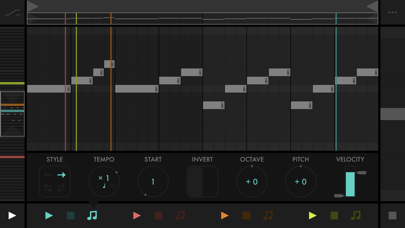 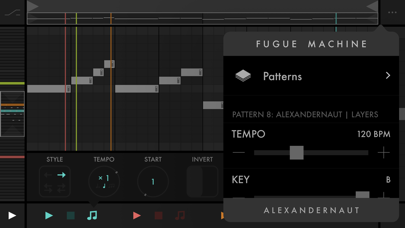 "How Bach would have made a sequencer." (Create Digital Music)
"A musical feat." (Creator's Project)
"A new approach to sequencing." (XLR8R)
"A next generation music sequencer." (Ask Audio)

FUGUE MACHINE is a tool inspired by composition techniques used in Baroque music and Serialism — e.g. Bach’s canons and fugues, and Schoenberg’s twelve-tone technique. The idea was to design a tool to manipulate a melody’s speed, direction, and pitch, as well as play multiple variations of the melody simultaneously.

As it turned out, the best implementation for this was to reimagine one of the most fundamental building blocks of all music sequencers: the piano roll.

FUGUE MACHINE is the world’s first multi-playhead piano roll. Create a music sequence and play it back with up to four playheads at once — each at various speeds, directions, pitches, and more. Watch the playheads dance, and hear the complex patterns that emerge.

A matrix-controlled arpeggiator designed to play with your thumbs.