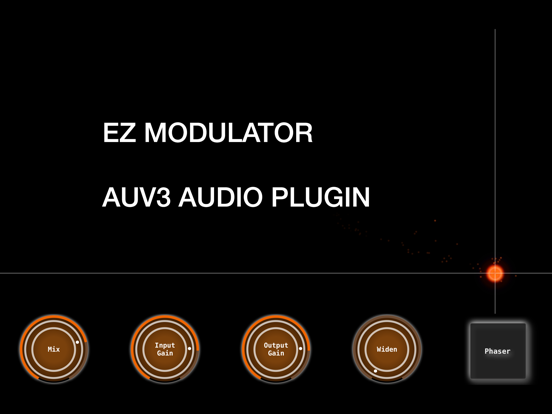 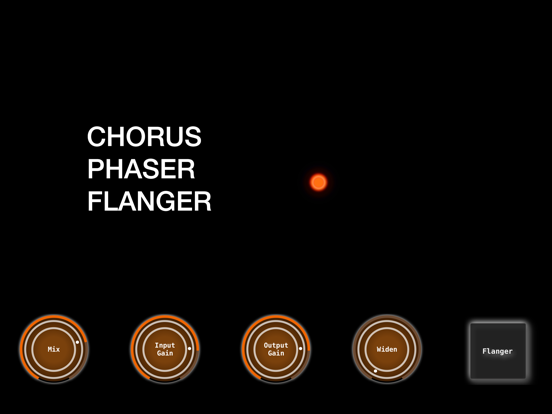 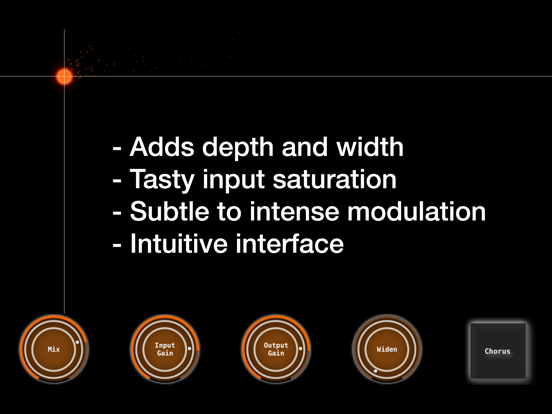 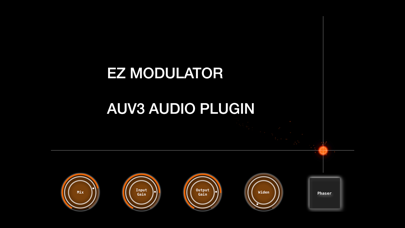 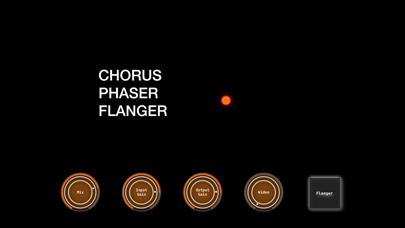 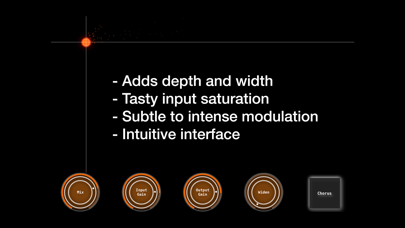 EZ Modulator is an audio FX plugin with a simple and intuitive interface that’s capable of deep and musical modulation of sound.

EZ Modulator is an audio FX plugin with a simple and intuitive interface that’s capable of deep and musical modulation of sound.

There are three FX units in EZ Modulator – a chorus, flanger and phaser. Used individually, or in combination – it can transform your sounds – helping you to create shimmering pads, wild sound FX and liquid drums.

The interface is centred around an XY pad, which controls a bespoke range of parameters within each modulation unit. A unique widen control, will give your sounds massive stereo width. Boosting the input gain will subtly saturate the signal, giving a warm analogue feel.

EZ Modulator runs as an AUV3, with all its parameters exposed for automation and state-saving from within any DAW. It is very lightweight on CPU usage and you can chain many instances together for more complex FX.

EZ Modulator is part of the EZ FX suite, which also includes EZ Crusher, EZ Reverb, EZ Delay and EZ Filter – all available as part of the EZFX bundle.

EZ Delay is an AUV3 delay FX plugin. It is for any type of production, from subtle vocal delays to experimental, reversed soundscapes.

EZ Filter is an AUV3 filter FX plugin. With five different types of filters, it can add an analogue warmth to your sound, or create intense screaming FX for your tracks.

EZ Reverb is a reverb audio plugin. It is perfect for giving depth and space to your mixes as well as having extreme reverb times for interesting sound design.

EZ Crusher is an audio FX plugin is the perfect solution to all your distortion needs.

K-One is based around four oscillators - a pulse wave, morphing sine-sawtooth wave, square sub and a noise oscillator.

Using a straightforward interface, Melody Live allows you to quickly create and visualise your compositions.