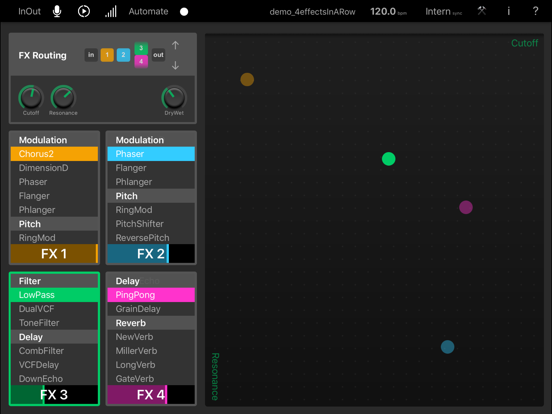 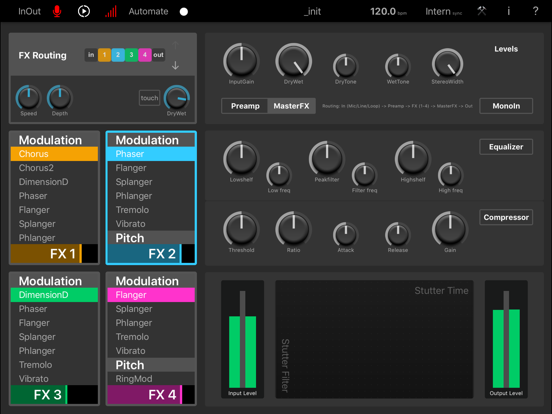 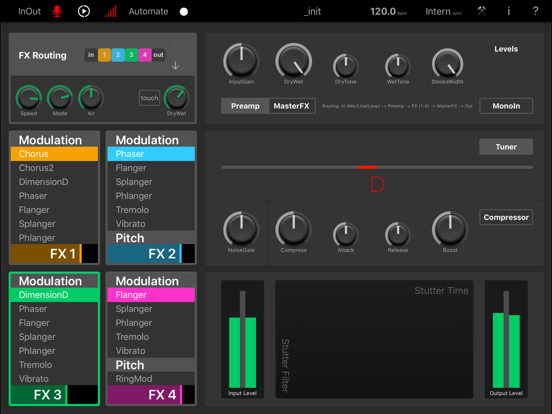 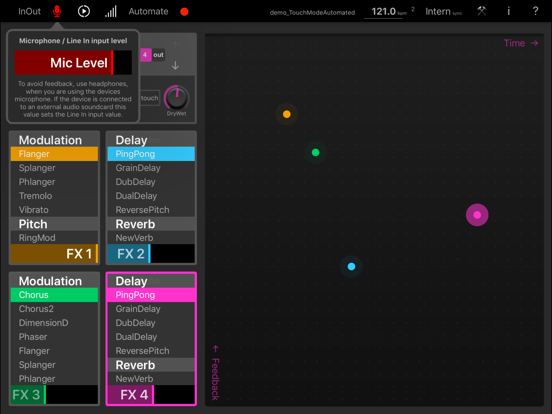 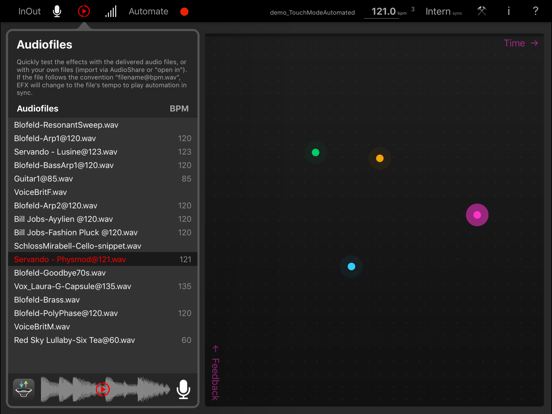 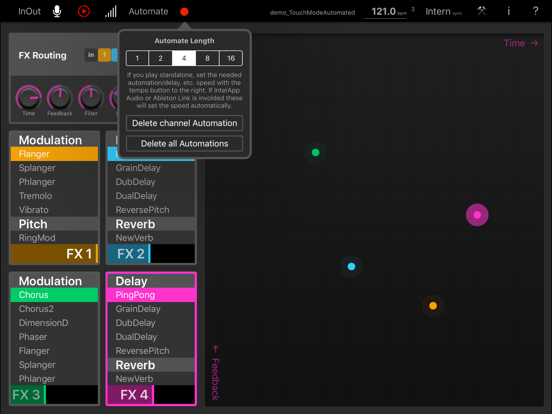 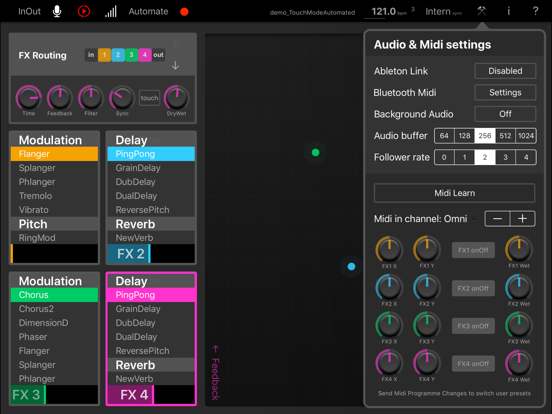 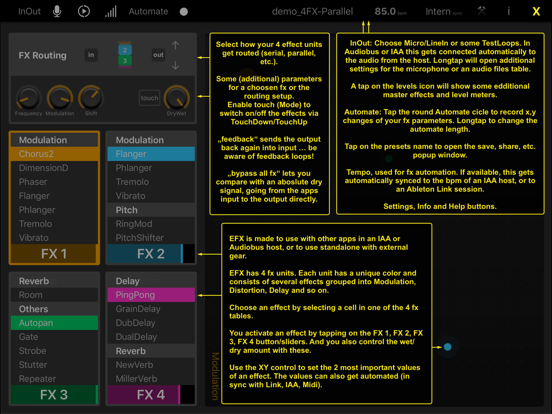 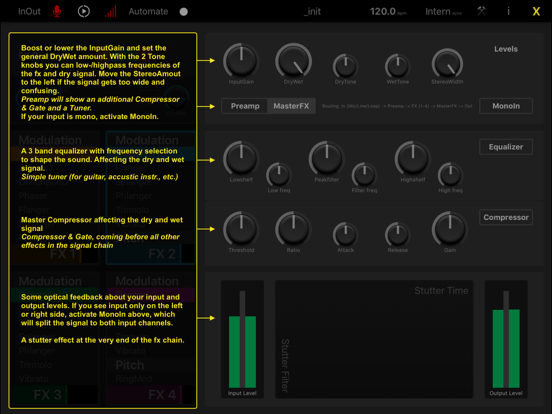 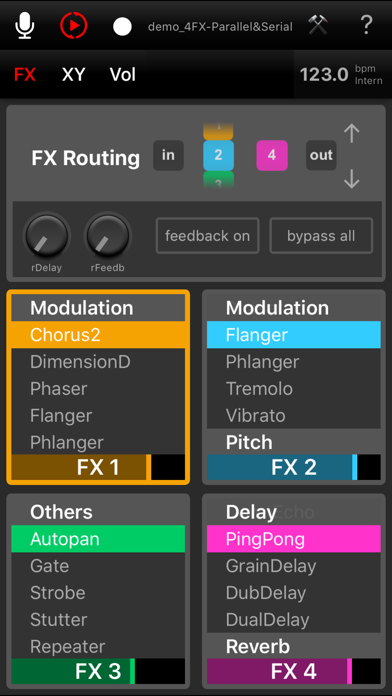 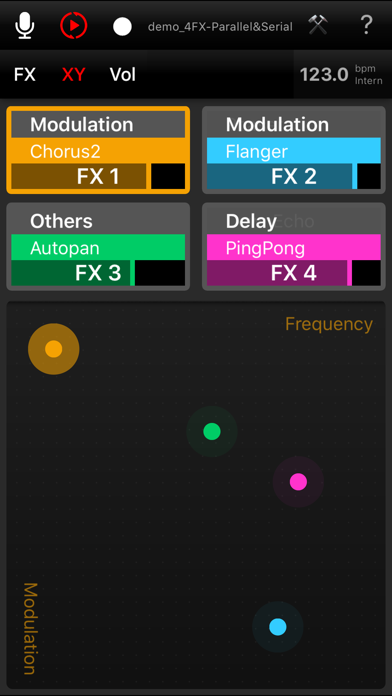 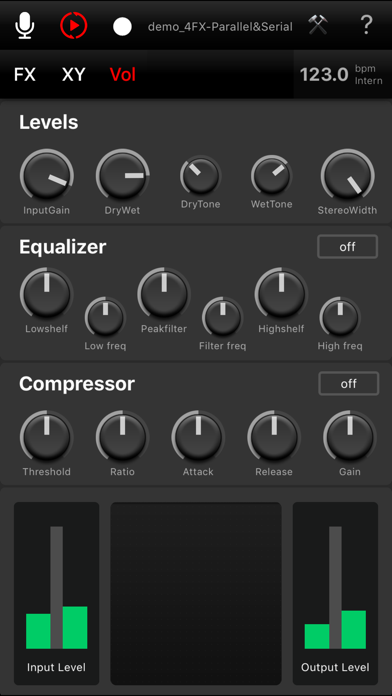 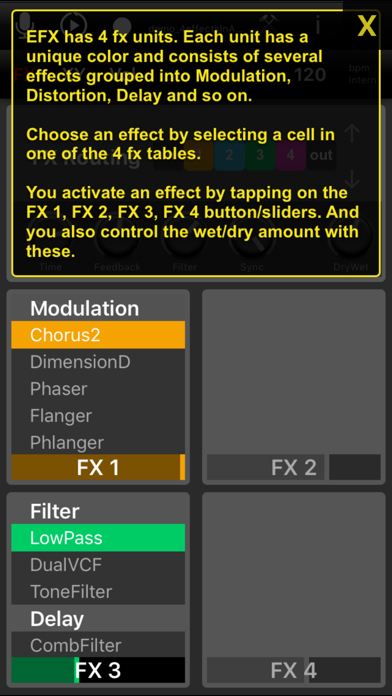 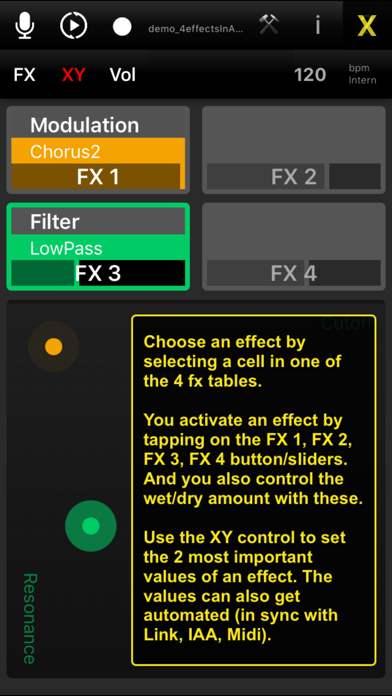 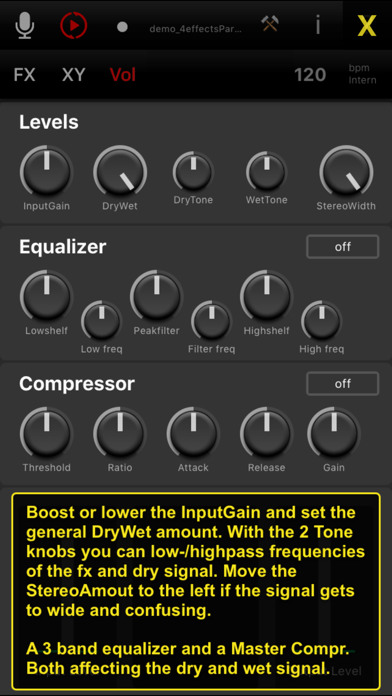 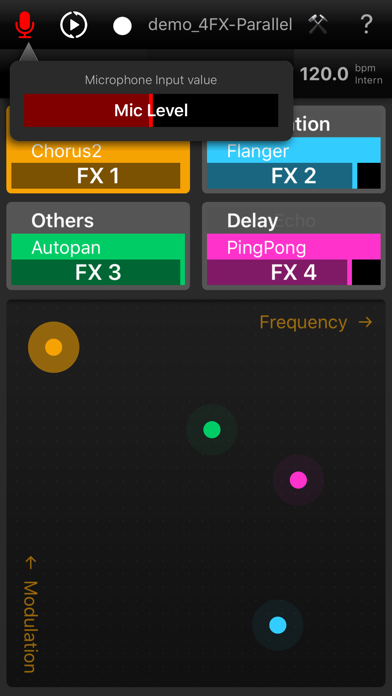 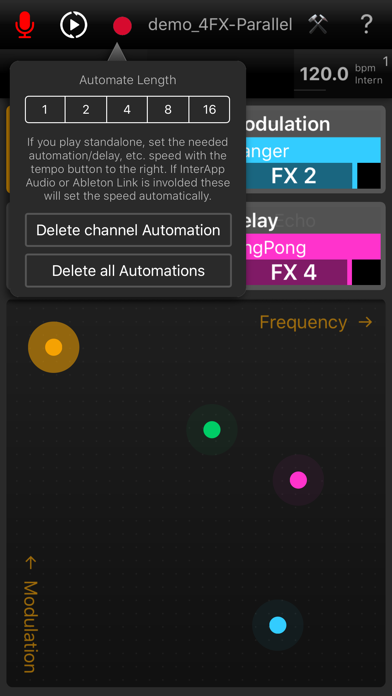 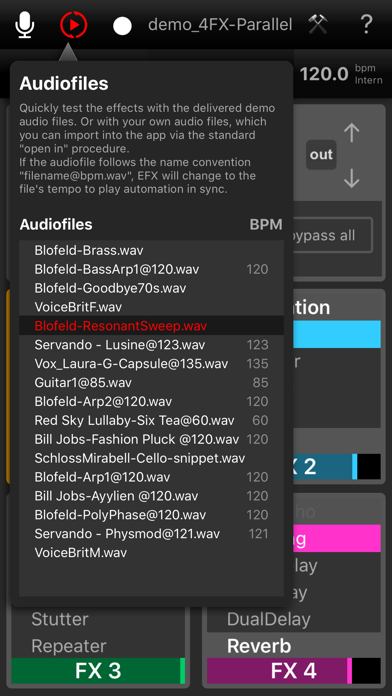 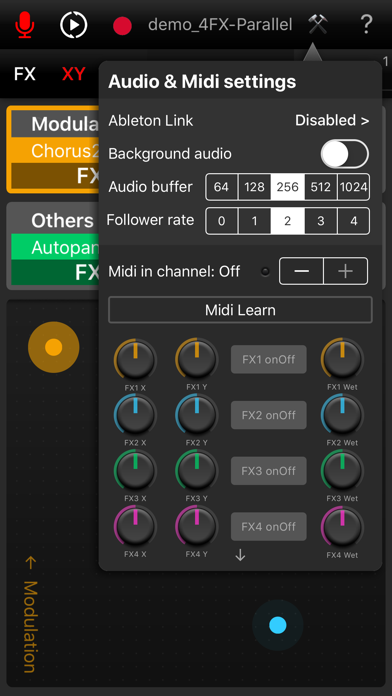 EFX is a 4 channels multi-effect processor, offers complex options to shape the sound and to route the audio effects stream.

EFX is a 4 channels multi-effect processor, that's easy and intuitive to play, but offers complex options to shape the sound and to route the audio effects stream.

Connect EFX to any input source, like the devices built in microphone, an external keyboard or guitar (iPad soundcard needed) or to your favorite iOS drum machine or synthesizer via Inter-App Audio or Audiobus. Or import a soundfile into the app and alienate it with with up to 4 different effects at the same time!

Elastic Drums is a music app showcasing an interactive drum kit, that enables to create a huge range of rhythmic grids, ranging from classical analog drumkits up to experimental soundscapes.