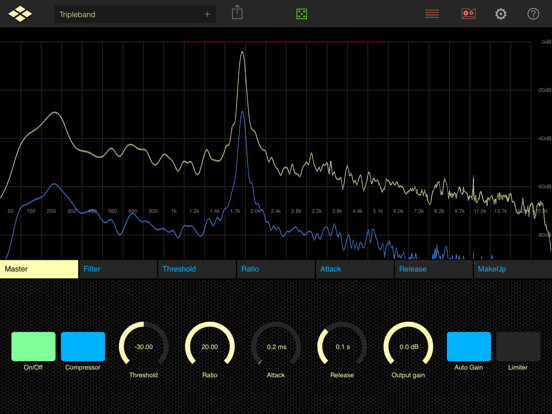 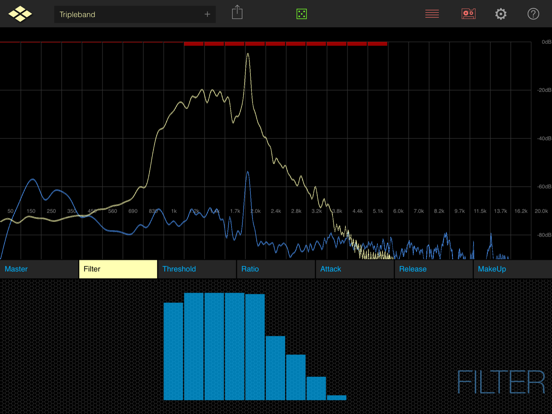 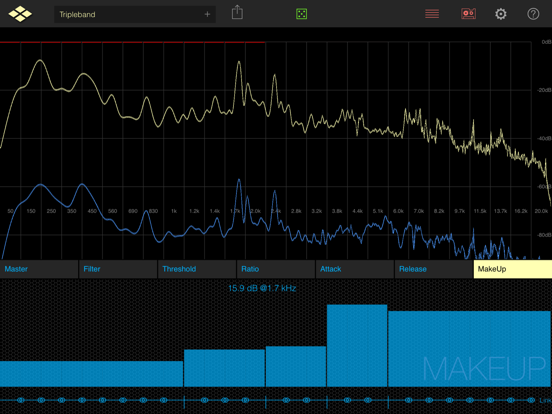 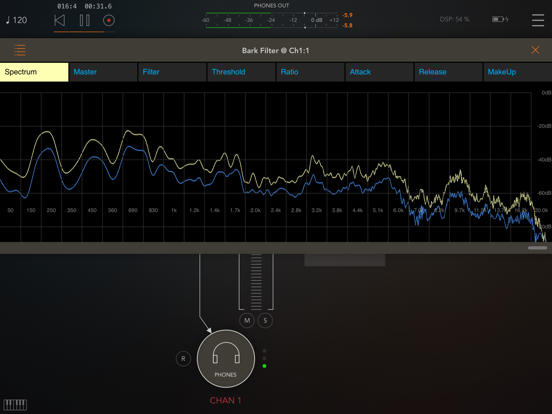 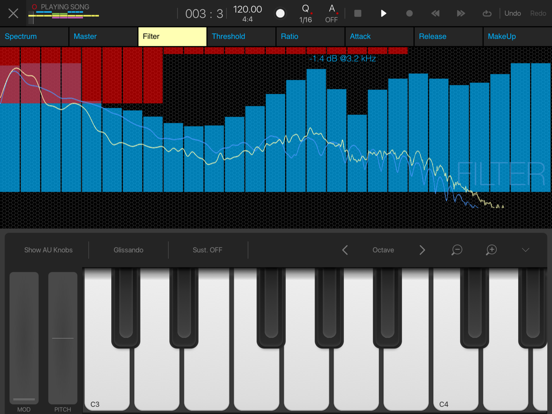 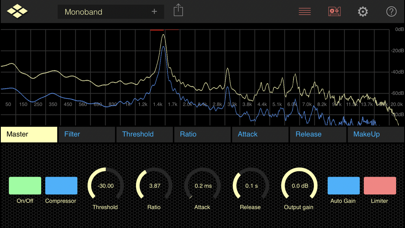 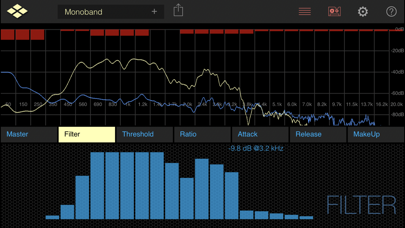 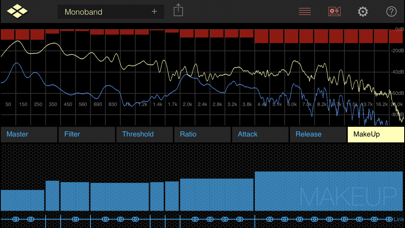 The multi band filter in Bark takes the approach to match the reception characteristic of the gate where all sounds must pass through: the human ear. The ear behaves as if it contains a bank of filters, each filter passing frequencies within their respective critical band. Two tones apart more than the frequency dependant critical bandwidth are perceived as separate tones. For this reason Bark contains a filter bank with 27 very steep bandpass filters matching the critical bandwidth characteristic of the human ear. In fact, the human ear have also its own built in multi band compression system which are based on the critical bands.

The linear phase filter bank with its steep filter slopes can be used for unusually pronounced filter effects too...

This app has been updated by Apple to display the Apple Watch app icon. - AUv3 Parameter Automation added

Additive synthesis is a sound synthesis technique that creates timbre by adding sine waves together. The timbre of musical instruments can be considered to consist of multiple harmonic or inharmonic partials or overtones.

The multi-band delay BandDelay is a tool for sound design and loop manipulation in realtime. In contrast to common delay processors BandDelay splits the frequency spectrum of the input signal into 27 bands and applies a separate delay unit to each band.

Matrix Vocoder transforms your voice into an electronic instrument.

AudioLayer is a full featured open standard audio multi-sampler pushing the boundaries beyond what has been available even in the desktop music production worlds.

Transform your voice into a choir with up to four voices! Harmony Voice is a pitch shifter and harmonizer with professional features including automatic tuning correction.

Cube Synth is a groundbreaking new software instrument giving you the power and flexibility of additive synthesis together with easy editing and morphing capabilities.

Arpeggist is a MIDI Note arpeggiator with a very flexible step matrix editor for programming and a unique “rolling dice” random arpeggio generator.

Back in the “old days”, producers and engineers created delay and echo effects using tape machines. Tap Delay combines the warm sound of vintage tape echo machines with a modern, step sequencer-like tapped delay engine which continues the tradition of the tape echo machines into the 21st century.

VoxSyn turns your voice into the flexible vocal sound generator ever.

For all creatures in the ocean of sound - Sonic textures from other worlds, Analog signature sounds,  Cut-through-the-mix leads and silkily smooth pads.

Up to eight pitch shifted voices are created from vocal input or instruments.

Combines the synthesis power of Addictive Synth with an easy to use 4 track loop phrase recorder.

The unique dynamic wavetable synthesis allows you to explore an unprecedented wide range of sonic territory.

The hybrid synthesis algorithm on which Addictive Pro is based provides you with efficient means for easy control of complex sounds far beyond usual sound synthesis methods.

Slice your audio samples with ReSlice and create flexible musical atoms which can be triggered by MIDI notes or the touch of your fingers.

iSyn Poly is an electronic music studio for use with Apple iPad. It places an number of features including three analog synthesizers and a drum machine.

iVoxel is not only a vocoder - the unique concept of iVoxel turns this vocoder into a singing machine.

Waveshaping Synthesis is a type of distortion synthesis that can create dynamic spectra in a controlled way.